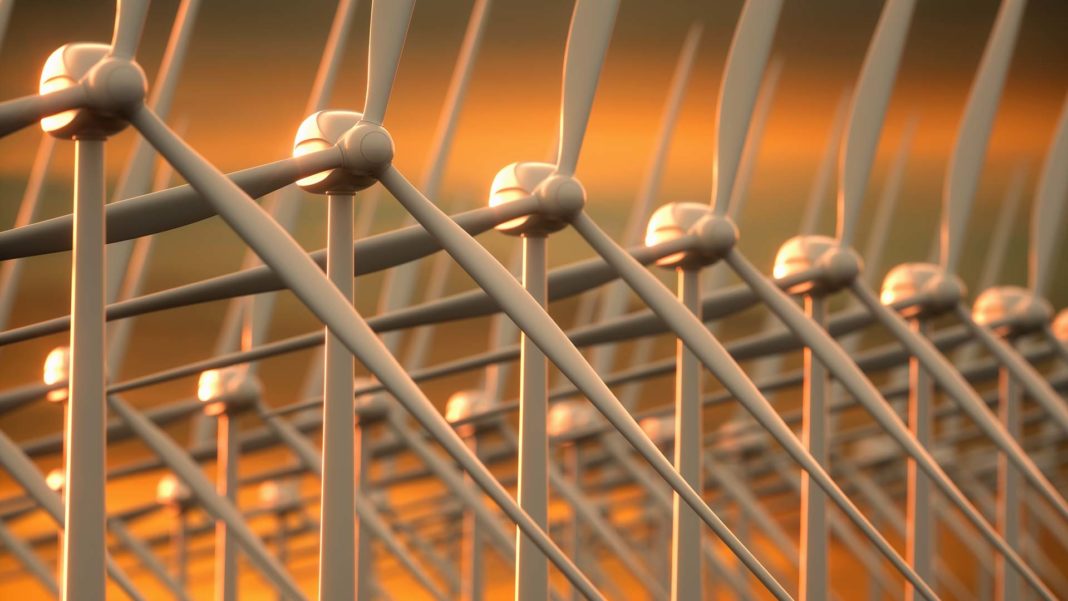 “Where did solar energy get its start?” Ramez Naam asked in a presentation at Singularity University’s Global Summit. Naam, a computer scientist and award-winning science fiction author, has in recent years turned his attention to renewable energy. A few members in the audience knew the answer: Germany—which is not exactly the sunniest place in the world. But Germans’ demand for clean energy “put the exponential cycle in motion,” as Naam put it, and in the first half of 2018, Germany produced enough renewable energy to power all of its households for a year.

In the energy industry, Naam explained, recent disruption is apparent in the sharp and sudden decline in worldwide demand for coal, followed by the bankruptcies of Peabody Energy and other large coal companies. At the time of Peabody’s bankruptcy filing in 2016, Vox and Business Insider cited a combination of stricter environmental regulations, greater competition from fracking and cheap shale gas, and a reduced coal demand from China. Remarkably, cheaper renewable energy was also a major contributor to the decline in coal.

According to Naam, clean energy initiatives are increasingly driven by market forces rather than by regulation or government subsidies, and this trend is key to their long-term success.

“Clean energy has been around for a long time, but it used to be completely non-competitive,” he said, displaying a graph that shows the cost of wind power decreasing by a factor of 15 since 1980. In certain regions of the world, wind power costs 2–3 cents per kWh, while coal costs 6 cents per kWh.

And offshore wind farms provide even more reliable wind energy due to higher wind velocities. But these farms are not without their challenges; transmitting power from the sea to the mainland is a major undertaking, although Germany has now implemented it successfully.

Even more promising than wind energy is solar energy, according to Naam. “Solar power makes wind power look slow and stagnant,” he said. His chart shows that in 1977 solar cells cost $77 per watt; now the price is a mere $0.30.  He helped publicize the decreasing price in a 2011 Scientific American blog post called “Smaller, cheaper, faster: Does Moore’s law apply to solar cells?”

Of course, price is only one component of the viability of solar power. Naam is aware of the criticisms, including the fact that the electric grid relies on a constant source of power.

On his blog, he engages with the skeptics and challenges the critique that solar power still needs a “breakthrough technology” to be cost-competitive. Manufacturing of panels has gotten cheaper the more of them we’ve made, for example. That is, costs have fallen due to efficiencies at scale, independent of innovations. Also, he argues a wind-solar mix can help solve the storage conundrum because wind is counter-cyclical to solar, yielding more energy at night and in winter when solar is less productive. Add in cheaper batteries that store energy for hours (if not yet days or weeks), and he believes renewables, at their current pace of improvement, have room to provide a lot more of the energy mix.

Generally, though, the trend is moving toward a new mix anyway. Despite President Trump’s promise to end the “war on coal,” for instance, energy companies are moving away from coal on their own. As Business Insider argued, “while air quality rules and renewable energy subsidies have created incentives to move away from coal, the irony is that the real opponent in the ‘war [on coal]’ is the free market.” Other coal companies say they plan to phase out coal regardless of any new policy, thanks again in part to falling natural gas and renewables prices, among other economic forces.

In combination with how we produce electricity, how we use it is set to change too. Of all the changes in store, Naam believes electric self-driving cars combined with ridesharing services will be most disruptive to the status quo. They’ll be cheaper, so people will opt for them over older alternatives, and that will reduce the number miles driven by gas-consuming combustion engines. The result, in his opinion? Never mind peak oil, expect peak oil demand to coincide with these new transportation technologies.

Naam concluded his talk by asking the audience, “What can you do?”

If you’re a manufacturer, Naam stressed the importance of flexibility and agility. Go where the energy is cheapest—somewhere with good sun, good wind. Further, invest in the future. Clean energy and transport will be huge markets in the next two decades. And finally, if you’re in an industry that is changing, such as traditional energy, transit systems, or manufacturing of car parts, you should already be well aware that changes are coming.