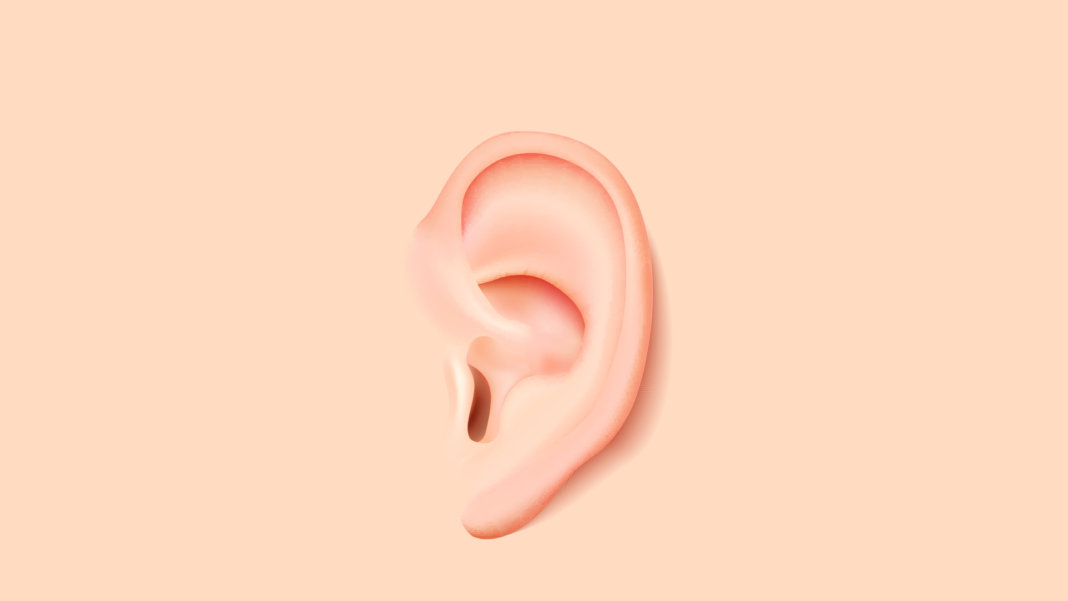 Inspiration for game-changing science can seemingly come from anywhere. A moldy bacterial plate gave us the first antibiotic, penicillin. Zapping yeast with a platinum electrode led to a powerful chemotherapy drug, cisplatin.

For Dr. Andrew Pelling at the University of Ottawa, his radical idea came from a sci-fi cult classic called The Little Shop of Horrors. Specifically, he was intrigued by the movie’s main antagonist, a man-eating plant called Aubrey 2.

What you have here is a plant-like creature with mammalian features, said Pelling at the Exponential Medicine conference in San Diego last week. “So we started wondering: can we grow this in the lab?”

Pelling’s end goal, of course, isn’t to bring a sci-fi monster to life. Rather, he wanted to see whether grocery-store-bought plants can supply the necessary structure for engineering replacement human tissues.

The Rise of Mechanobiology

Growing a human ear out of apples may seem irrational, but Pelling’s key insight is that an apple’s fibrous interior is strikingly similar to the microenvironments usually used in labs to bio-engineer human tissue.

To fabricate a replacement ear, for example, scientists normally carve or 3D print hollow support structures out of expensive bio-compatible materials. They then seed human stem cells into the structure, and painstaking supply a cocktail of growth factors and nutrients to urge the cells to grow. Eventually, after weeks and months of incubation, the cells spread and differentiate into skin-like cells on the scaffold. The result is a bio-engineered replacement ear.

The problem? The extremely high bar to entry: stem cells, growth factors, and materials for the scaffold are all difficult and expensive to procure.

But are those key components really necessary?

“We often think about biology through the lenses of the genome or biochemisty,” said Pelling. But cells and tissue are living components—they stretch, compress, and shear, producing mechanical forces that act upon each other.

In a series of experiments, Pelling and others found that these mechanical forces aren’t just a side product of biology; rather, they seem to crucially regulate the underlying molecular machinery of the cell.

An early study found that every stage of the growth of embryos—a “fundamental process in biology”—can be regulated and controlled by mechanical information. In other words, physical forces can drive cells to divide and migrate through tissues as our genetic code guides the formation of an entire body.

In the lab, stretching and mechanically stimulating the cells seems to fundamentally change their behaviors, too. In one assay, Pelling’s team peppered cancerous cells onto a sheet of skin cells grown on the bottom of a Petri dish. The cancer cells huddled together into little balls, forming a distinct barrier between the microtumor and the skin cells.

But when the team put the entire cellular system into a device that minutely stretches it—mimicking the body’s breathing and movement—the tumor cells became aggressive, tunneling into the layer of skin cells.

“There’s no gene modification…or biochemistry going on here. This is a purely mechanical influence,” said Pelling. “There’s a fundamental link between these things.”

Even cooler: active movement isn’t necessary for mechanical forces to transform the way cells behave. The shape of their microenvironment is enough to direct their actions.

For example, when Pelling put two cell types into a physical structure with grooves, the cells self-segregated within hours, with one type growing in the troughs and the other on the higher ledges. By simply sensing the shape of that grooved surface they “learned” to separate and spatially pattern over long ranges.

Here’s where the apple comes in.

Under the microscope, the microenvironment of an apple is on the same length scale as engineered surfaces for fabricating replacement tissues. That discovery got the team to wonder: is it possible to exploit that surface pattern of plants to grow human organs?

To test it out, they took an apple and washed away all its plant cells, DNA, and other biomolecules. This left them with a fibrous scaffold—the stuff that usually gets stuck in your teeth. When the team stuck human and animal cells inside, the cells began to grow and spread.

Encouraged, the team then hand-carved an apple into the shape of a human ear and repeated the process above. Within weeks the cells infiltrated, turning the chunk of apple into a fleshy human ear.

Of course, having the right shape isn’t enough. The replacement tissue also has to survive inside the body.

The team next implanted an apple-based scaffold directly under the skin of a mouse. In just eight weeks, not only had the mouse’s healthy cells invaded the matrix, the rodent’s body also produced new collagen and blood vessels that helped keep the scaffold living and healthy.

That ticks three important aspects for an engineered tissue: it’s safe, it’s biocompatible, and it comes from a sustainable, ethical source.

“This thing is becoming a living part of the body and it used to be an apple, and we did this by going to the grocery store,” said Pelling.

Moving Into the Clinical Space

Pelling is especially excited by his finding because of its simplicity: it doesn’t require stem cells or exotic growth factors to work. The elegant approach exploits the physical structure of the plant.

The team is now broadening its work to three main areas of tissue engineering: soft tissue cartilage, bone, and spinal cord and nerve repair. The key is to match the specific microstructure of a plant to that of the tissue, Pelling explained.

“It’s really exciting to see these kinds of wild ideas translate this way,” he said.

And why restrict ourselves to the body parts nature gave us? If the shape of a scaffold is the sole determinant of engineering a tissue or organ, why not design our own?

Pelling took the idea and ran with it, commissioning a design company to sketch out the scaffold for three different types of ears: an average human ear, a pointy Spock-shaped one, and a wavy one designed to suppress or enhance different frequencies to—in theory—augment hearing.

“The point I want to emphasize is…the strength of blue-sky thinking is actually coupling it to the rigor of the scientific method,” Pelling concluded. Ultimately this is how we’ll create more dinventions and solve problems.