The Three Frontrunners in the CRISPR Therapy Race 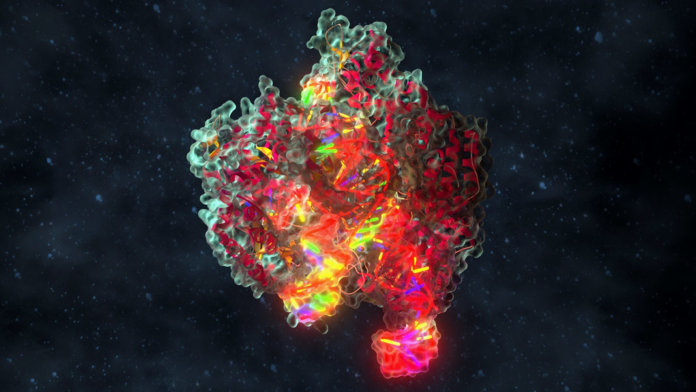 CRISPR is the ultimate child star in the biomedical universe.

Just six years old, the gene editing prodigy is now the subject of multiple clinical trials that aim to push the lab tech into the real world.

I can’t stress how abnormal this is: CRISPR’s awkwardly-named predecessors—zinc-finger nucleases and TALENS—suffered through “bench-to-bedside” hell as it took more than a decade before they even got the FDA go-ahead for clinical trials. In 2017, a 44-year-old man received the first-ever dose of gene therapy—in the form of zinc-finger nucleases—that targeted a deficient gene in his liver.

This type of gene therapy, called “in vivo” in scientist-speak, is markedly different than the most common type these days. So far, the only gene therapies on the market are CAR-Ts: a procedure targeting blood cancer that extracts a person’s immune cells, genetically edits them within the lab to boost their cancer-killing power, and then infuses them back into the body.

In vivo gene therapy is far more intimate: rather than extracting a person’s cells, a gene editing mix is directly injected into a person, with the hope of performing molecular surgery with a single shot.

CRISPR is now making that possibility very real. With dozens of efforts in the making, from premature aging to obesity and developmental brain disorders, here are the frontrunners beyond CRISPR-based cancer therapy to watch out for.

DMD patients lack a single gene that encodes dystrophin, a shock-absorbing protein that is absolutely critical for muscle structure and function. The disease is caused by an array of mutations that generally cluster on a specific part of the gene.

DMD is actually a counter-intuitive target for CRISPR: it’s one of the largest genes in the body and the number of mutations are vast. Given the amount of muscle we have, it’s also not clear how the gene therapy can easily reach the entire body with a single shot.

Yet so far, the preclinical trials have been incredibly positive.

By 2013, multiple labs had successfully fixed the gene in test tubes using cells from patients with the disorder. In mice, a team injected the CRISPR system into a fertilized cell carrying the mutation and transplanted the edited cell into surrogate mothers. The babies, at a month old, had markedly better muscle function than non-treated peers. Similar treatments after birth in mice also helped.

Then in 2018, a team packaged the CRISPR machinery into viruses and injected millions of copies into one-month-old dogs engineered to have a dystrophin deficiency. Two received a jab in their legs, the other two got a bloodstream infusion. The result? Eight weeks later, CRISPR had upped dystrophin levels by over 50 percent in their legs and more than 90 percent in their hearts.

For reference, scientists think a 15 percent boost in dystrophin is enough to see significant benefits, or can even be considered a cure. This first large-animal, in-body trial shockingly found no apparent side effects. A group of happy, jumping, gene-edited puppies pushed scientists into further exploring the treatment.

In February 2019, a team found that a single injection of the CRISPR machinery in mice with DMD boosted their muscle function for well over a year. Even more promising, although the team saw some pre-existing immunity towards CRISPR, the same kind potentially present in humans, the immune response didn’t trip up the editing efficacy or trigger dangerous immune reactions. Last week, a study found that tweaking the ratio of the two CRISPR components can further up the efficacy.

Compared to a popular previous experimental approach that requires ongoing infusions, CRISPR could be a one-time solution.

For pre-clinical data, these are remarkably strong. Exonics Therapeutics, a startup based in Massachusetts, is looking to rapidly churn these results into clinical trials. It’s perhaps one of the fastest-moving CRISPR clinical applications.

Hot on DMD’s heels is a CRISPR-based therapy that hopes to eliminate—deep breath—Leber’s congenital amaurosis type 10. Known as LCA10, it’s the most common form of inherited blindness in children.

Last December, Editas Medicine, along with its partner Allergan, received the FDA green light to start pushing for a phase 1/2 trial with a gene therapy dubbed EDIT-101.

Arguably, the eyes are an easier target than muscle. EDIT-101 is designed to correct a single letter mutation in the CEP290 gene, which screws up the structure of a certain protein in the light-sensing cells in the retina. Remarkably, its function isn’t precisely understood—scientists just know that correcting the faulty gene restores vision.

In a study published in January 2019, the Editas team published preliminary results in Nature Medicine, a rather surprising move for a biotech company. Test tube experiments in human cells and retinal tissue solidified that the CRISPR tool, EDIT-101, worked without a hitch. In engineered mice harboring the mutation, EDIT-101, following a jab into the eye behind the retina, rapidly edited the mutated gene.

Even better news: a virus carrying the tool specifically developed for primates edited the mutated gene in their cells at a level that “met the therapeutic threshold,” the team said.

The results are encouraging Editas to move ahead full-steam, gunning to release the first in vivo CRISPR cure. In the second half of 2019 they are expecting to enroll between 10 to 20 patients with LCA10 for a phase 1/2 open-label study. That is, the team will gauge both safety of the treatment—retinal tears are a potential side effect—and begin to assess its effectiveness.

Similar to the above two disorders, sickle-cell disease is caused by a mutation of a single DNA letter. The results are devastating; red blood cells become deformed “sickle” shapes, which clog up blood vessels and cause life-long, sometimes excruciating pain that’s often debilitating.  Roughly 250,000 kids around the world live with the disease.

Scientists have understood the cause of the disorder for over 60 years, but CRISPR means they can now do something about it. A study in 2016 in mice found that after CRISPR cuts the genome, a small DNA sequence carrying the correct gene sequence can repair the defective gene by roughly 25 percent—a relatively small increase, but perhaps enough to alleviate symptoms.

The therapy here isn’t in vivo; rather, it’s similar to CAR-T in that cells are edited outside the body. In this case, the cells are stem cells nestled inside bone marrow—precursors that eventually turn into blood cells.

Another approach that recently received the go-ahead from the FDA doesn’t directly try to change blood cells, either. Pioneered by Vertex Pharmaceuticals and CRISPR Therapeutics, the study is recruiting about 12 people with severe sickle-cell disease. Scientists are using CRISPR to give the patients’ blood stem cells a protein called HbF, which is a natural protein present at birth that is especially potent at carrying oxygen, which “sickled” red blood cells struggle with.

Rather than replacing the defective gene, the trial hopes to alleviate symptoms by giving the body another oxygen-carrier.

The drug, in the FDA’s fast-track development program that supports serious untreatable diseases, will be given just once to patients to gauge its safety and preliminary effectiveness.

Of these three non-cancer CRISPR therapies, the first to hit the market will mark a historical turning point for gene therapy and for medicine as a whole: to efficiently edit the very base code that makes us who we are. And it will save millions—while making millions—in the process.