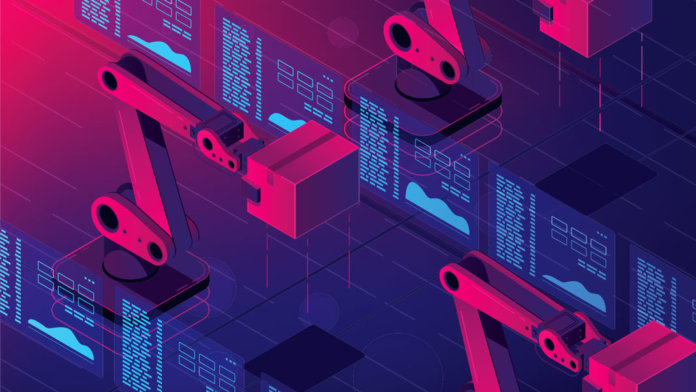 Robots have been masters of manufacturing at speed and precision for decades, but give them a seemingly simple task like stacking shelves, and they quickly get stuck. That’s changing, though, as engineers build systems that can take on the deceptively tricky tasks most humans can do with their eyes closed.

Boston Dynamics is famous for dramatic reveals of robots performing mind-blowing feats that also leave you scratching your head as to what the market is—think the bipedal Atlas doing backflips or Spot the galloping robot dog.

Last week, the company released a video of a robot called Handle that looks like an ostrich on wheels carrying out the seemingly mundane task of stacking boxes in a warehouse.

It might seem like a step backward, but this is exactly the kind of practical task robots have long struggled with. While the speed and precision of industrial robots has seen them take over many functions in modern factories, they’re generally limited to highly prescribed tasks carried out in meticulously-controlled environments.

That’s because despite their mechanical sophistication, most are still surprisingly dumb. They can carry out precision welding on a car or rapidly assemble electronics, but only by rigidly following a prescribed set of motions. Moving cardboard boxes around a warehouse might seem simple to a human, but it actually involves a variety of tasks machines still find pretty difficult—perceiving your surroundings, navigating, and interacting with objects in a dynamic environment.

But the release of this video suggests Boston Dynamics thinks these kinds of applications are close to prime time. Last week the company doubled down by announcing the acquisition of start-up Kinema Systems, which builds computer vision systems for robots working in warehouses.

It’s not the only company making strides in this area. On the same day the video went live, Google unveiled a robot arm called TossingBot that can pick random objects from a box and quickly toss them into another container beyond its reach, which could prove very useful for sorting items in a warehouse. The machine can train on new objects in just an hour or two, and can pick and toss up to 500 items an hour with better accuracy than any of the humans who tried the task.

And an apple-picking robot built by Abundant Robotics is currently on New Zealand farms navigating between rows of apple trees using LIDAR and computer vision to single out ripe apples before using a vacuum tube to suck them off the tree.

In most cases, advances in machine learning and computer vision brought about by the recent AI boom are the keys to these rapidly improving capabilities. Robots have historically had to be painstakingly programmed by humans to solve each new task, but deep learning is making it possible for them to quickly train themselves on a variety of perception, navigation, and dexterity tasks.

It’s not been simple, though, and the application of deep learning in robotics has lagged behind other areas. A major limitation is that the process typically requires huge amounts of training data. That’s fine when you’re dealing with image classification, but when that data needs to be generated by real-world robots it can make the approach impractical. Simulations offer the possibility to run this training faster than real time, but it’s proved difficult to translate policies learned in virtual environments into the real world.

Recent years have seen significant progress on these fronts, though, and the increasing integration of modern machine learning with robotics. In October, OpenAI imbued a robotic hand with human-level dexterity by training an algorithm in a simulation using reinforcement learning before transferring it to the real-world device. The key to ensuring the translation went smoothly was injecting random noise into the simulation to mimic some of the unpredictability of the real world.

And just a couple of weeks ago, MIT researchers demonstrated a new technique that let a robot arm learn to manipulate new objects with far less training data than is usually required. By getting the algorithm to focus on a few key points on the object necessary for picking it up, the system could learn to pick up a previously unseen object after seeing only a few dozen examples (rather than the hundreds or thousands typically required).

How quickly these innovations will trickle down to practical applications remains to be seen, but a number of startups as well as logistics behemoth Amazon are developing robots designed to flexibly pick and place the wide variety of items found in your average warehouse.

Whether the economics of using robots to replace humans at these kinds of menial tasks makes sense yet is still unclear. The collapse of collaborative robotics pioneer Rethink Robotics last year suggests there are still plenty of challenges.

But at the same time, the number of robotic warehouses is expected to leap from 4,000 today to 50,000 by 2025. It may not be long until robots are muscling in on tasks we’ve long assumed only humans could do.