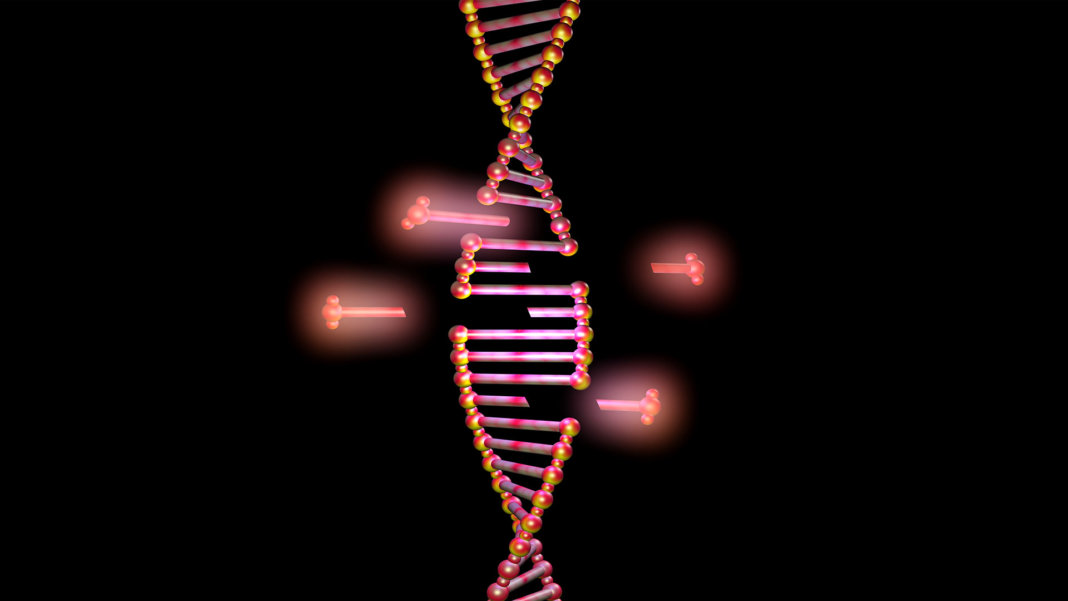 When scientists behind the Manhattan Project heard of the destruction of Hiroshima and Nagasaki, their earlier exuberance gradually turned into morose regret. What began as a physics revolution had mutated into a weapon of mass destruction—with no feasible “off switch” to cripple its power.

For biology, CRISPR has that same nuclear-scale destructive power. And scientists are not willing to let history repeat itself.

Just half a decade after CRISPR’s discovery, DARPA initiated the Safe Genes program: a collaboration between seven of the world’s leading gene editing experts to find multiple antidotes for CRISPR and better its editing specificity in time and space.

The point isn’t to fuel public fear of the powerful tool; rather, it’s to look far ahead at potential dangers and find preventive treatments or countermeasures. If CRISPR is the biological Pandora’s Box, it’s already been opened: in the clinics, CRISPR has entered human trials; in the lab, the technology is forged into gene drives, with the potential to wipe out entire species. The goal of the Safe Genes program is to find a way—or many ways—to slam that box shut again.

Last week, the search for a CRISPR antidote got more heated. A team led by Dr. Amit Choudhary at the Broad Institute of MIT, a member of Safe Genes, developed a “screening” platform for rapidly sifting through over 10,0000 small chemicals that dial down Cas9 scissors’ activity.

The team tweaked the structure of several promising candidates to further boost their anti-CRISPR power, generating two antidote molecules that prevent Cas9 from binding to and cutting its DNA target. When tested on human cells in petri dishes, the molecules floated through the cell membranes and reliably killed CRISPR activity within minutes.

These drugs are very early candidates—heck, they may be even more toxic than CRISPR running amok inside the body. Scientists will have to test them in animals to further assess their effectiveness and safety.

But the small anti-CRISPR drugs, some of our very first, offer proof-of-concept that the CRISPR titan can be stopped. With a drug screening platform now in place, the scene is set to find even more powerful “undo” buttons: chemicals that may one day turn into shots or pills to block unwanted gene editing activity, in medicine and perhaps bio-weaponry (now that’s a scary thought!).

“These results lay the foundation for precise chemical control over CRISPR-Cas9 activities, enabling the safe use of such technologies,” said Choudhary.

What’s Already Out There?

Choudhary isn’t the only one in the Safe Genes team hunting down anti-CRISPR molecules.

Back in 2013, another project member, Dr. Joseph Bondy-Denomy at UC San Francisco, helped discover the first anti-CRISPR drugs: large, bulky proteins that blocked Cas9 scissors from recognizing or binding to DNA molecules. His genius idea was to go back to CRISPR’s natural roots as a bacterial immune defense system against viruses.

In a nutshell, CRISPR allows bacteria to store a “mug shot” of the viruses’ DNA inside their own genome, so that when the virus attacks again, its Cas scissors can rip the virus to shreds. Phages, however, aren’t sitting ducks. In an evolutionary arms race they have also acquired genes that make anti-CRISPR proteins to counteract the bacteria’s immune defense.

The results suggest a “straightforward path to the discovery of many more anti-CRISPRs from the microbial world,” said Doudna at the time.

Proteins are difficult: they’re large and bulky, so that they can’t penetrate into cells and snag onto CRISPR machinery. They’re sensitive to temperature changes and digestion, and don’t last long inside the body. Many make attractive prey to our immune system, which could trigger annoying—if not dangerous—allergic reactions.

Small molecules, in general, have none of those problems. They’re fast acting, cheap to make, and their effects are reversible. Don’t want to inhibit CRISPR? Just wait for the molecules to wash out. But effective ones are ridiculously hard to find.

The high-throughput system sifts through tens of thousands of chemicals using two tests to hunt down promising ones. First, it monitors DNA segments binding to Cas9 scissors using neon lights. Here, DNA is labeled with fluorescent “light bulbs,” which change its polarization upon binding to Cas9, similar to how polarized sunglasses change our perception of sunlight. This lets the team quickly monitor if a molecule disrupts Cas9-DNA binding.

Second, the system used automatic microscopes that looked at fluorescent signals from cells, either gained or lost from Cas9 activity. In one assay, for example, the team used cells that normally glow green, unless Cas9 cuts the gene. A potential anti-CRISPR drug would allow the cells to remain green, even when dosed with the CRISPR machinery.

Using these assays, along with some good ’ol chemistry, the team found a molecule dubbed BRD0539 that stops Cas9 from binding to a targeted DNA sequence. The drug’s actions were completely predictable: the higher the dose, the stronger it killed off CRISPR activity.

The results are immediately helpful for lowering CRISPR side effects in a therapeutic setting. In cells, a dose of the drug rapidly lowered Cas9 cutting ability by roughly half, which in turn lowered off-target snipping of HBB—a gene involved in sickle-cell disease—five-fold.

It’s not hard to imagine a future in which you can pop a pill made of BRD0539—or a more potent next-gen equivalent—to temporarily lower or halt CRISPR activity before it goes nuts inside your body. The drug, being a small molecule, remains stable in your blood and easily penetrates your cells, acting as a brake for when CRISPR is too powerful.

With startups eyeing chronic diseases such as heart disease as a next goal for CRISPR intervention, an easy kill switch is becoming ever more necessary.

Small molecule antidotes aren’t the only way to tame the CRISPR beast.

The Safe Genes program is also eyeing the initial design of CRISPR tools as a way to inherently limit their effect: rather than having an always-on CRISPR, the teams are now engineering methods to target the tool to specific tissues. A powerful gene editor is completely useless if it can’t get to the right place; Doudna and others are developing new strategies to shuttle both editors and inhibitors to where they need to go at the correct time.

Other members, including Dr. Kevin Esvelt at MIT and Dr. John Godwin from North Carolina State University, are taking a hard look at using gene drives for rodent pest control. Recently Esvelt, along with team member Dr. George Church at Harvard, introduced a way to “daisy chain” components of a CRISPR gene drive, which could prevent the edits from spreading through populations like wildfire and damaging our fragile ecosystem.

Eventually, the program hopes to find the biological equivalent of “ctrl+Z”: removing engineered genes from our environment, allowing the biosphere to return to baseline. It’s a hefty goal, amounting to reversing the devastating effects of nuclear weapons on our world.

CRISPR’s entry into medicine, the biosphere, and our genetic inheritance will only accelerate. With more usage also come more points of catastrophic failure—and more chances at fundamentally transforming our world for the better.

“As with all powerful capabilities, society can and should weigh the risks and merits of responsibly using such tools,” said Renee Wegrzyn, the Safe Genes program manager. “Gene editing is truly a case where you can’t easily draw a line between ethics and pure technology development—they’re inextricable—and we’re hopeful that the model we establish with Safe Genes will guide future research efforts in this space.”