5 Coming Breakthroughs in Energy and Transportation 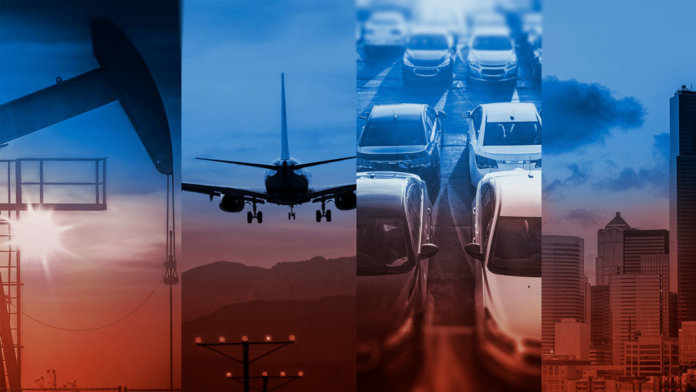 The energy and transportation industries are being aggressively disrupted by converging exponential technologies.

In just five days, the sun provides Earth with an energy supply exceeding all proven reserves of oil, coal, and natural gas. Capturing just 1 part in 8,000 of this available solar energy would allow us to meet 100 percent of our energy needs.

As we leverage renewable energy supplied by the sun, wind, geothermal sources, and eventually fusion, we are rapidly heading towards a future where 100 percent of our energy needs will be met by clean tech in just 30 years.

During the past 40 years, solar prices have dropped 250-fold. And as these costs plummet, solar panel capacity continues to grow exponentially.

On the heels of energy abundance, we are additionally witnessing a new transportation revolution, which sets the stage for a future of seamlessly efficient travel at lower economic and environmental costs.

Entrepreneur and inventor Ramez Naam is my go-to expert on all things energy and environment. Currently serving as the Energy Co-Chair at Singularity University, Naam is the award-winning author of five books, including the Nexus series of science fiction novels. Having spent 13 years at Microsoft, his software has touched the lives of over a billion people. Naam holds over 20 patents, including several shared with co-inventor Bill Gates.

In the next five years, he forecasts five respective transportation and energy trends, each poised to disrupt major players and birth entirely new business models.

Alphabet’s Waymo alone has already reached 10 million miles driven in the US. The 600 Waymo vehicles on public roads drive a total of 25,000 miles each day, and computer simulations provide an additional 25,000 virtual cars driving constantly. Since its launch in December, the Waymo One service has transported over 1,000 pre-vetted riders in the Phoenix area.

With more training miles, the accuracy of these cars continues to improve. Since last year, GM Cruise has improved its disengagement rate by 321 percent since last year, trailing close behind with only one human intervention per 5,025 miles self-driven.

Along with its first quarterly earnings released last week, Lyft recently announced that it would expand its Waymo partnership with the upcoming deployment of 10 autonomous vehicles in the Phoenix area. While individuals previously had to partake in Waymo’s “early rider program” prior to trying Waymo One, the Lyft partnership will allow anyone to ride in a self-driving vehicle without a prior NDA.

Strategic partnerships will grow increasingly essential between automakers, self-driving tech companies, and rideshare services. Ford is currently working with Volkswagen, and Nvidia now collaborates with Daimler (Mercedes) and Toyota. Just last week, GM Cruise raised another $1.15 billion at a $19 billion valuation as the company aims to launch a ride-hailing service this year.

“They’re going to come to the Bay Area, Los Angeles, Houston, other cities with relatively good weather,” notes Naam. “In every major city within five years in the US and in some other parts of the world, you’re going to see the ability to hail an autonomous vehicle as a ride.”

Naam explains, “If you look today at the average ridership of a taxi, a Lyft, or an Uber, it’s about 1.1 passengers plus the driver. So, why do you need a large four-seater vehicle for that?”

Small electric, autonomous pods that seat as few as two people will begin to emerge, satisfying the majority of ride-hailing demands we see today. At the same time, larger communal vehicles will appear, such as Uber Express, that will undercut even the cheapest of transportation methods—buses, trams, and the like. Finally, last-mile scooter transit (or simply short-distance walks) might connect you to communal pick-up locations.

By 2024, an unimaginably diverse range of vehicles will arise to meet every possible need, regardless of distance or destination.

Wing, the Alphabet drone delivery startup, recently became the first company to gain approval from the Federal Aviation Administration (FAA) to make deliveries in the US. Having secured approval to deliver to 100 homes in Canberra, Australia, Wing additionally plans to begin delivering goods from local businesses in the suburbs of Virginia.

The current state of drone delivery is best suited for lightweight, urgent-demand payloads like pharmaceuticals, thumb drives, or connectors. And as Amazon continues to decrease its Prime delivery times—now as speedy as a one-day turnaround in many cities—the use of drones will become essential.

The supply chain will continue to shorten and become more agile with the re-onshoring of manufacturing jobs in the US and other countries. Naam reasons that new management and software jobs will drive this shift, as these roles develop the necessary robotics to manufacture goods. Equally as important, these robotic factories will provide a more humane setting than many of the current manufacturing practices overseas.

Ten years ago, the lowest price of solar and wind power fell between 10 to 12 cents per kilowatt hour (kWh), over twice the price of wholesale power from coal or natural gas.

Today, the gap between solar/wind power and fossil fuel-generated electricity is nearly negligible in many parts of the world. In G20 countries, fossil fuel electricity costs between 5 to 17 cents per kWh, while the average cost per kWh of solar power in the US stands at under 10 cents.

Spanish firm Solarpack Corp Technological recently won a bid in Chile for a 120 MW solar power plant supplying energy at 2.91 cents per kWh. This deal will result in an estimated 25 percent drop in energy costs for Chilean businesses by 2021.

Naam indicates, “We will see the first unsubsidized 1.0 cent solar deals in places like Chile, Mexico, the Southwest US, the Middle East, and North Africa, and we’ll see similar prices for wind in places like Mexico, Brazil, and the US Great Plains.”

Just over eight percent of energy in the US comes from solar and wind sources. In total, 17 percent of American energy is derived from renewable sources, while a whopping 63 percent is sourced from fossil fuels, and 17 percent from nuclear.

Last year in the U.K., twice as much energy was generated from wind than from coal. For over a week in May, the U.K. went completely coal-free, using wind and solar to supply 35 percent and 21 percent of power, respectively. While fossil fuels remain the primary electricity source, this week-long experiment highlights the disruptive potential of solar and wind power that major countries like the U.K. are beginning to emphasize.

“Solar and wind are still a relatively small part of the worldwide power mix, only about six percent. Within five years, it’s going to be 15 percent in the US and more than close to that worldwide,” Naam predicts. “We are nearing the point where we are not building any new fossil fuel power plants.”

Last October, Northern Indiana utility company NIPSCO announced its transition from a 65 percent coal-powered state to projected coal-free status by 2028. Importantly, this decision was made purely on the basis of financials, with an estimated $4 billion in cost savings for customers. The company has already begun several initiatives in solar, wind, and batteries.

NextEra, the largest power generator in the US, has taken on a similar goal, making a deal last year to purchase roughly seven million solar panels from JinkoSolar over four years. Leading power generators across the globe have vocalized a similar economic case for renewable energy.

While electric vehicles (EV) have historically been more expensive for consumers than internal combustion engine-powered (ICE) cars, EVs are cheaper to operate and maintain. The yearly cost of operating an EV in the US is about $485, less than half the $1,117 cost of operating a gas-powered vehicle.

And as battery prices continue to shrink, the upfront costs of EVs will decline until a long-term payoff calculation is no longer required to determine which type of car is the better investment. EVs will become the obvious choice.

Many experts including Naam believe that ICE-powered vehicles peaked worldwide in 2018 and will begin to decline over the next five years, as has already been demonstrated in the past five months. At the same time, EVs are expected to quadruple their market share to 1.6 percent this year.

Major advancements in transportation and energy technologies will continue to converge over the next five years. A case in point, Tesla’s recent announcement of its “robotaxi” fleet exemplifies the growing trend towards joint priority of sustainability and autonomy.

On the connectivity front, 5G and next-generation mobile networks will continue to enable the growth of autonomous fleets, many of which will soon run on renewable energy sources. This growth demands important partnerships between energy storage manufacturers, automakers, self-driving tech companies, and ridesharing services.

In the eco-realm, increasingly obvious economic calculi will catalyze consumer adoption of autonomous electric vehicles. In just five years, Naam predicts that self-driving rideshare services will be cheaper than owning a private vehicle for urban residents. And by the same token, plummeting renewable energy costs will make these fuels far more attractive than fossil fuel-derived electricity.

As universally optimized AI systems cut down on traffic, aggregate time spent in vehicles will decimate, while hours in your (or not your) car will be applied to any number of activities as autonomous systems steer the way. All the while, sharing an electric vehicle will cut down not only on your carbon footprint but on the exorbitant costs swallowed by your previous SUV. How will you spend this extra time and money? What new natural resources will fuel your everyday life?