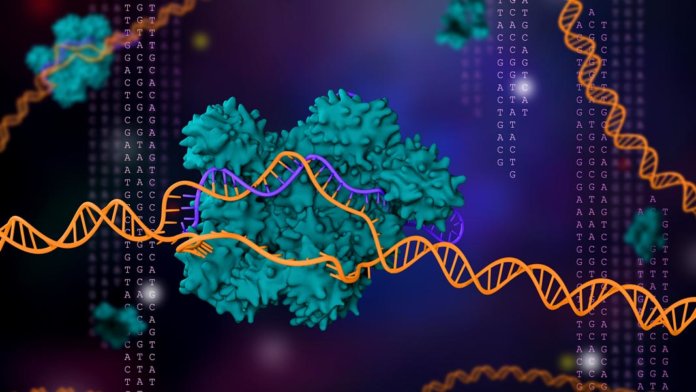 CRISPR may be the premiere gene editing prodigy poised to upend natural genomes and erase inherited diseases. But since its inception, one thing has always stood in the way: accuracy.

Back in 2017, a contentious report using CRISPR found massive off-target edits in mice, in which the tool went rogue to snip away at innocent genes. Although the study was heatedly refuted and eventually retracted, fears about the powerful tool’s off-target mutations remain. Even CRISPR base-editors, alternate versions that swap one DNA letter with another and are considered relatively accurate, recently came under fire for causing hundreds of unintended mutations in both DNA and RNA.

Now, a team from Duke University may have found a universal workaround—a trick to fundamentally boost CRISPR’s accuracy in almost all its forms. Published this month in Nature Biotechnology, the team’s study tweaked the design of guide RNAs, the indispensable targeting “blood hound” of the CRISPR duo that hunts down specific DNA sequences before its partner Cas makes the cut.

The upgrade is deceptively simple: tag a “locking” structure to one end of the guide RNA so that only the targeted DNA can unleash the power of the Cas scissors. Yet exactly because the tweak is so easy, guide RNA 2.0 can fundamentally tune the accuracy of multiple CRISPR systems—not just those relying on the classic Cas9, but also newer diagnostic systems that deploy Cas12a and other flavors—by as much as 200-fold.

This isn’t another incremental tweak. Rather, the strategy radically differs from previous efforts at boosting CRISPR accuracy, which generally involve fishing for new and better versions of Cas scissors.

“We’re focused on a solution that doesn’t add more parts and is general to any kind of CRISPR system,” said study author Dewran Kocak.

Why would altering the molecular bloodhound fundamentally increase CRISPR accuracy?

There’s historical precedence in the power of RNA structure: the Nobel prize-winning gene silencing technology RNAi, for example, took decades to reveal that minor tweaks to the targeting RNA can greatly reduce immune responses or increase efficiency and accuracy.

These hard-earned lessons from RNAi can inform gene editing. When we describe the CRISPR process, it often goes something like this: the guide RNA—looking like a wriggly worm—contains a letter sequence that matches with the targeted DNA. When the two bind, following a strict marital rule of A to T* and C to G, the guide RNA then drags over Cas scissors and voilà—a nice, clean DNA snip at the intended site. (*More precisely, “T” in DNA and “U” in RNA. Same thing, different names. Thanks history!)

Unfortunately, theory often doesn’t match up with reality in biology. Guide RNA actually looks like multiple clover leaves strung together, packed with bulges—dubbed “stem-loops”—that keep its structure stable and maximize binding efficiency. In all, most guide RNAs only contain 20 or so letters. In a sea of roughly six billion DNA letters in humans, the chance of an unintended partial mismatch is pretty darn high.

This is partly why designing guide RNAs is both a science and an art: unlike Yoda’s famous maxim, “do or do not, there is no try,” scientists often have to repeatedly tinker with their specific guide RNA sequence before it works as intended.

Nevertheless, CRISPR has always had a recipe book for engineering guide RNAs—a general, prototypical design that underlies most CRISPR applications. That’s what the Duke team overhauled.

Like any other biological event, guide RNA binding to DNA and unleashing Cas takes energy. Previous studies found that the more precise the guide RNA-DNA match, the easier it is for the two partners to form a so-called “R loop”: a molecular hybrid that kicks off the whole dicing process.

The team’s brilliant idea is to add an additional clover-like structure to the tail end of the guide RNA. This “hairpin” acts like a physical block in many cases: unless the RNA matches with the targeted DNA, its bulky structure prevents the RNA-DNA pair from forming R-loops. No loops, no cutting, and off-target DNA sequences remain nice and safe.

But if the sequence does match up, the guide RNA, in forming the R-loop with its matching DNA, tears open the hairpin, which in turn spurs Cas scissors into action.

Using computer simulation to guide their designs, the team engineered a whole slew of hairpin guide RNAs, or “hp-sgRNAs” to try out in human cells. When paired with the classic Cas9, the new bloodhounds increased targeting specificity by roughly 50 fold. In one sensitive assay looking at off-target effects throughout the cell’s genome, the team found that compared to classic guide RNAs, their upgraded version eliminated 124 off-target sites and didn’t generate any new ones.

The results were just as impressive with other Cas scissors, many of which only weakly resemble Cas9 in structure and in the way they function. Yet when tag-teamed with the new hairpin guide RNA, Cas12 and its variants were able to cut designated DNA sequences with similar efficiency to when partnering with normal guide RNAs, but with far fewer off-target effects.

What’s more, the team found that they were able to fine-tune the strength of Cas scissors by minutely changing the structure of the hairpin. A “tighter” hairpin made for a stronger lock, which decreased editing efficacy but also dramatically boosted accuracy. A “loser” hairpin helped retain Cas activity, but wasn’t as effective for accuracy.

“By looking at R-loop formation we were able to predict the power of our hairpin guide RNAs,” the authors explained. This predictability is gold—it makes it easier for future scientists to carefully calibrate the strength and accuracy of the hairpin guide RNAs and CRISPR system.

One previous idea is to make the CRISPR system a ménage à trois: a guide RNA plus two Cas scissors. For DNA cutting to happen, both Cas copies have to bind to the same DNA sequence. Although it’s a clever trick that works, the idea requires scientists to pump more components into the cell, adding further complexity to an already sensitive ecosystem.

Another idea, neutering Cas scissors to make them less likely to jump ship, also had its downfalls. Engineering specific traits into proteins is extremely difficult and time-consuming, and scientists would have to tailor each Cas variant to their needs.

“Doing extensive re-engineering every time we find a new CRISPR protein to make it more accurate is not a straightforward solution,” explained Gersbach.

In contrast, the Duke team’s insight into guide RNAs could radically change the design of CRISPR systems going forward.

“What’s common to all CRISPR systems is the guide RNA, and these short RNAs are much easier to engineer,” said Kocak.

Going forward, the team wants to further confirm that their hairpin guide RNA alternative can work with other Cas scissors already in use. They also want to dig into how the partnership works, and potentially unlock ways to further boost targeting accuracy—not just in free-floating cells, but more importantly, in animal models of genetic diseases.