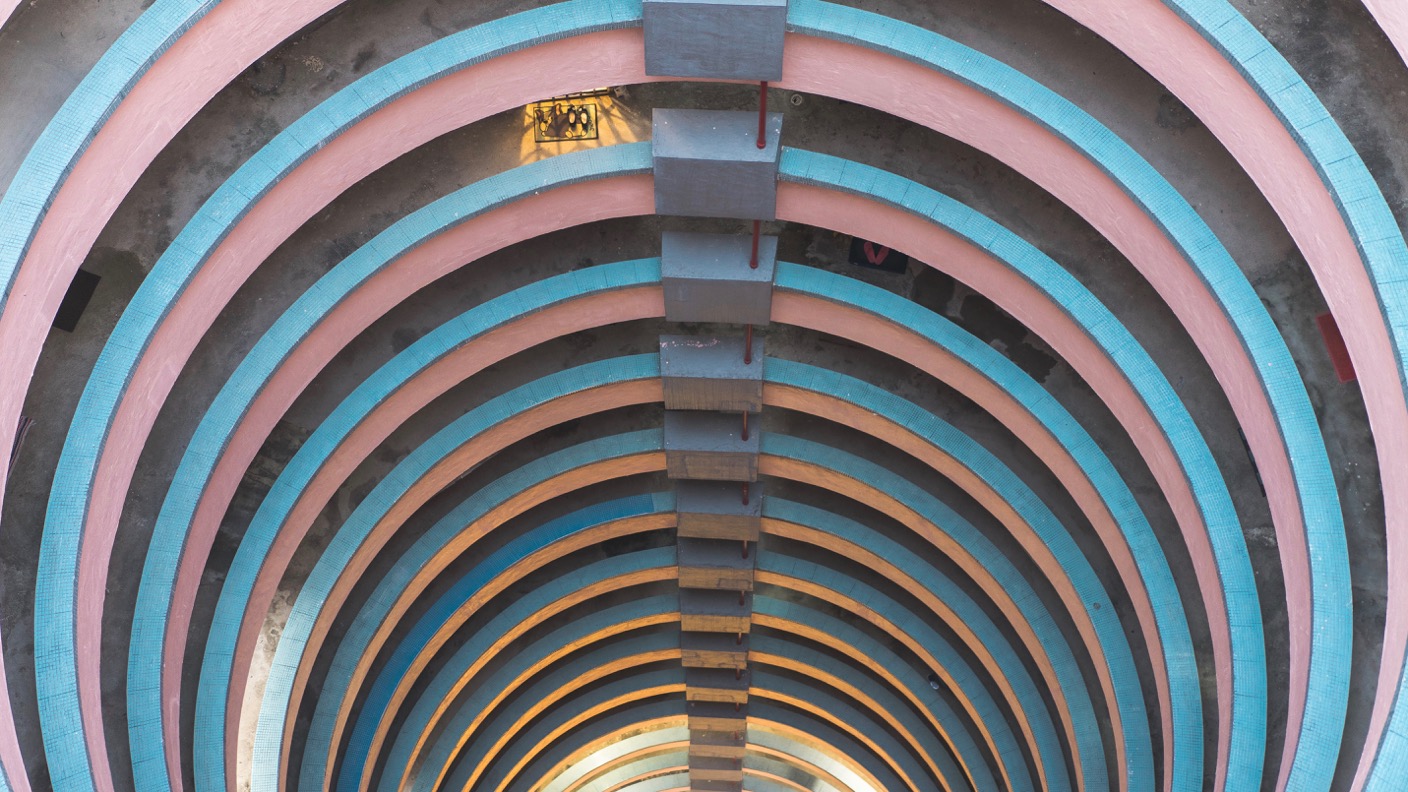 Most Saturdays we post a curated collection of our favorite articles from the week. But with the year nearing its end, this Saturday and next we’ll curate 2020 as a whole. First up, we’ll take a look at the year’s most-read articles from Singularity Hub, and then next week we’ll post some of our favorite writing from around the web.

2020 was, of course, dominated by the pandemic, politics, and social change. No surprise, then, that Hub stories on those themes were some of our most-read. Still, despite it all, science and technology kept moving as a whole.

With concern about our planet growing every year, people were hungry for news on energy breakthroughs, including construction of a fusion power plant, new battery technologies, wireless electricity, and affordable electric cars. Meanwhile, the cold reaches of outer space remained hot as ever with a wild attempt to divert an asteroid and the latest estimate of how many Earth-like planets may lurk in our galaxy. We also wrote about a surprising test of the world’s biggest computer chip, AI that partly programs itself, and a bold prediction about Moore’s Law from the company that got it all started. Oh, and there was a guy in a jet suit gliding up a mountainside. Just for good measure.

The Trillion-Transistor Chip That Just Left a Supercomputer in the Dust
Jason Dorrier
“The team said the CS-1 completed a simulation of combustion in a power plant roughly 200 times faster than it took the Joule 2.0 supercomputer to do a similar task. The CS-1 was actually faster-than-real-time. As Cerebrus wrote in a blog post, ‘It can tell you what is going to happen in the future faster than the laws of physics produce the same result.’i”

The World’s Space Agencies Are on a Quest to Deflect a (Harmless) Asteroid
Jason Dorrier
“While the last killer space rock dropped out of the sky with no warning, we have a few tools the dinosaurs didn’t. In addition to telescopes to chart potentially hazardous asteroids, we can visit and, theoretically, divert an asteroid’s course before it reaches us. Now, the world’s space agencies are teaming up to take planetary defense beyond theory.”

QuantumScape’s New Solid-State Battery Is Twice as Energy Dense as Lithium-Ion
Edd Gent
“Claims of ‘revolutionary’ new battery technologies are a dime a dozen these days, but none so far have come close to knocking lithium-ion off its perch. …So when battery startup QuantumScape announced in September that it had cracked the ‘Holy Grail’ of battery technology—a solid-state lithium metal battery—it didn’t generate much buzz. Now, though, the company has released performance results—and people are starting to pay attention.”

After Coronavirus the World Will Never Be the Same. But Maybe, It Can Be Better.
Vanessa Bates Ramirez
“We’re making plans for what we’ll do when things go back to normal—and banking on that happening. But what if life never fully goes back to how it was pre-coronavirus? What if this epidemic is a turning point, and after it the world is never the same? More importantly—or, at least, more optimistically—what if the world could come out of this crisis better than it was before?”

Watch a Jet Suit Pilot Glide Up a Mountain in a Test for Wilderness Paramedics
Jason Dorrier
“[Richard] Browning [has since] dialed in his invention, and in addition to a barnstorming tour, his company, Gravity Industries, has begun exploring ways his jet suit could help people. Which explains why, not too long ago, you’d have found Browning gliding up a mountainside to the aid of an ‘injured’ hiker in England’s Lake District. It was a trial, in partnership with the Great North Air Ambulance Service (GNAAS), to see if a personal jet suit might be a new tool for emergency responders in wilderness areas.”

You Can Buy This Electric Car for $7,999 in California
Vanessa Bates Ramirez
“A tiny electric car that costs just $4,200 has been all the rage in China this year. The Wuling Hong Guang Mini EV generated over 15,000 orders within 20 days of its release in July, and added another 35,000 to that in August, beating out Chinese orders for Tesla Model 3s in the same period. Now another small, affordable Chinese electric car is set to make its debut on American roads—Californian roads, to be exact.”

There Could Be 300 Million (or More) Earth-Like Planets in Our Galaxy
Jason Dorrier
“The first planets discovered outside our solar system were strange, unfamiliar worlds. These were giants like Jupiter, hotter than Venus, tearing around their suns inside the orbit of Mercury. Astronomers have since discovered planets where 10,000 mile-per-hour winds whip up metallic storm clouds that rain molten iron. The diversity of extremes is captivating, and also somewhat beside the point. What we’re really after are more Earths.”

DeepMind’s Newest AI Programs Itself to Make All the Right Decisions
Jason Dorrier
“Alphabet’s DeepMind is taking this automation further by developing deep learning algorithms that can handle programming tasks which have been, to date, the sole domain of the world’s top computer scientists (and take them years to write). The DeepMind team described a new deep reinforcement learning algorithm that was able to discover its own value function—a critical programming rule in deep reinforcement learning—from scratch.”

New Zealand Is About to Test Long-Range Wireless Power Transmission
Jason Dorrier
“A famous image of inventor Nikola Tesla shows him casually sitting on a chair, legs crossed, taking notes—oblivious to the profusion of artificial lightning rending the air meters away. By then, Tesla and raw electricity were like an old married couple. The experiments, conducted in Colorado, led to one of Tesla’s most audacious proposals: To power the world without wires.”

Moore’s Law Lives: Intel Says Chips Will Pack 50 Times More Transistors
Jason Dorrier
“There’ve been many predictions that Moore’s Law is, finally, ending. But, perhaps also predictably, the company whose founder coined Moore’s Law begs to differ. In a keynote presentation at this year’s Hot Chips conference, Intel’s chief architect, Raja Koduri, laid out a roadmap to increase transistor density—that is, the number of transistors you can fit on a chip—by a factor of 50. ‘We firmly believe there is a lot more transistor density to come,’ Koduri said. ‘The vision will play out over time—maybe a decade or more—but it will play out.’i”

The Secret to a Long, Healthy Life Is in the Genes of the Oldest Humans Alive
Shelly Fan
“The key to human longevity, [a global team of scientists] say, lies in the genes of centenarians. These individuals not only live over 100 years, they also rarely suffer from common age-related diseases. That is, they’re healthy up to their last minute. If evolution was a scientist, then centenarians, and the rest of us, are two experimental groups in action. Nature has already given us a genetic blueprint for healthy longevity. We just need to decode it.”

6G Will Be 100 Times Faster Than 5G—and Now There’s a Chip for It
Vanessa Bates Ramirez
“Though 5G—a next-generation speed upgrade to wireless networks—is scarcely up and running (and still nonexistent in many places) researchers are already working on what comes next. It lacks an official name, but they’re calling it 6G for the sake of simplicity (and hey, it’s tradition). 6G promises to be up to 100 times faster than 5G—fast enough to download 142 hours of Netflix in a second—but researchers are still trying to figure out exactly how to make such ultra-speedy connections happen.”

16 Ways Coronavirus May Change the Way We Look at the World
Carin Ism
“The present situation offers a choice. Either we try to piece the world back together as it was before this catastrophic occurrence, or we can use this shared event as the founding moment of a unifying global narrative. One acknowledging that underneath our badges of belonging we are all vulnerable bodies, very much dependent on each other and on systems of governance.”

Construction of the World’s Biggest Nuclear Fusion Plant Just Started in France
Edd Gent
“[Nuclear fusion] produces dramatically more energy than the process of fission that we’ve already mastered and doesn’t produce long-lived radioactive waste. It also doesn’t rely on radioactive elements like uranium and plutonium for fuel, instead using abundant isotopes of hydrogen called deuterium and tritium. The only catch is that trying to contain a nuclear fusion reaction is like trying to keep the sun in a box.”