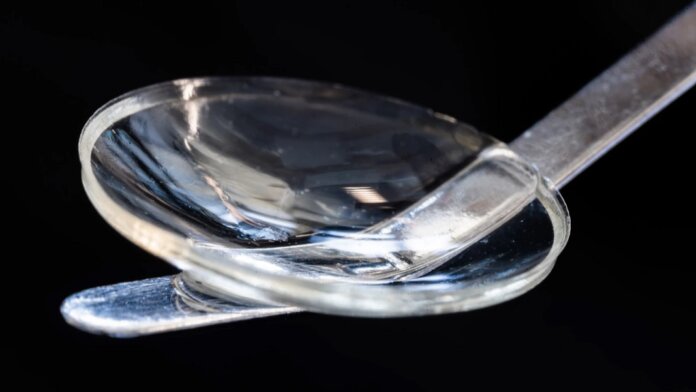 In recent years, technology has worked wonders helping blind or visually impaired people regain their sight, perhaps most notably via the use of CRISPR gene editing to cure inherited blindness. Now a different technology has been used to cure a different cause of blindness. A paper published last week in Nature Biotechnology describes a bioengineered cornea that restored sight to 20 people, 14 of them previously blind, in an initial clinical trial.

The cornea is the outermost layer of the eye. It’s a transparent film-like tissue that covers the iris and pupil, and it both protects the eye and helps focus the light we see.

Keratoconus is a condition where the cornea starts to lose collagen, growing thinner and cone-shaped and eventually impairing vision. Injuries from impact or scraping, as well as bacterial or fungal infections, can also damage the cornea, causing its normally-clear surface to become cloudy and leading to visual impairment or blindness.

Corneal blindness is one of the leading causes of blindness globally, accounting for over five percent of cases where people lose their sight. Corneal transplants are one solution, but in addition to a shortage of donors (particularly in low-income countries, where these conditions are most common), recipients must take immunosuppressants to keep their bodies from rejecting the transplanted cornea.

A research team at Linköping University and LinkoCare Life Sciences in Sweden have come up with what appears to be a highly viable alternative.

The team used collagen protein extracted from pig skin as the base for an artificial cornea. Pig skin may sound unappealing as the source of something that goes in peoples’ eyes, but the researchers chose it for a few different reasons: besides having a structure similar to that of human skin, pig skin is a byproduct from the food industry (that means it’s abundant and cheap) and is already used for medical applications, including glaucoma surgery and as a wound dressing.

The researchers purified the extracted collagen then placed it in a cornea-shaped hydrogel scaffold, using chemical crosslinking to reinforce the collagen and keep it from degrading (the crosslinkers are water-soluble and end up rinsing out of the implant during its manufacture).

Surgeons in India and Iran implanted the engineered corneas into 20 patients, 14 of whom were completely blind and 6 of whom had impaired vision as a result of keratoconus. The doctors used a minimally-invasive surgical technique, making a laser incision in the existing cornea and inserting the implant rather than removing the cornea and sewing in a replacement. The technique resulted in reduced inflammation and faster healing in recipients, as well as immunosuppressant eye drop use for just eight weeks (as compared to a year or more with traditional cornea transplants).

The team monitored the recipients for 24 months, noting no complications or adverse events. On the contrary, the implant caused their corneas to return to normal thickness and curvature, and the 14 participants who were blind before the operation had their vision restored. Those who weren’t blind moved from severe visual impairment to low or moderate vision.

Three patients even ended up with 20/20 vision, and others were able to wear contact lenses to improve their sight (the damaged shape of their corneas prevented them from wearing contacts before the implant).

The team notes that its results are comparable to those of standard corneal transplants, but with a simpler surgical technique and no need for human donors. There’s some room for improvement yet; the implant was only manufactured in two thicknesses for this pilot study, but making customized implants (such as in cases where someone’s cornea has a non-uniform or tapered thickness) could improve outcomes even more. And while two years is a sufficient time frame to know that the transplants restored patients’ sight, the artificial tissue’s integration and stability will need to be monitored over a longer term.

The bioengineered corneas join a slowly but surely growing list of body parts that science has been able to synthetically recreate, from 3D printed ears to custom-grown bones, or is working on recreating, like kidneys. Progress is incremental, but that doesn’t make it any less amazing.

The team’s next aim is to do a larger clinical trial involving 100 or more participants in Europe and the US, and to get the ball rolling on regulatory approval from the FDA.