CRISPR Just Got More Powerful With an “On” Switch 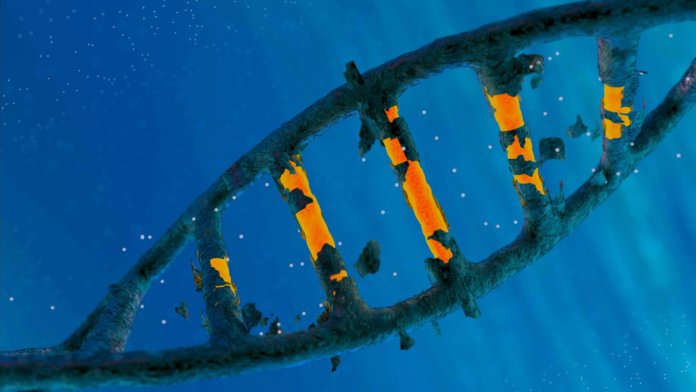 For all its gene-editing prowess, mechanistically CRISPR is a bit like a power tool with a broken “off” switch.

Hear me out: the entire CRISPR machinery is designed in a test tube, and once constructed it’s always on. When introduced into animals or humans, CRISPR is set to roam the entire body, seeking its target gene to edit or destroy until it loses steam and gets metabolized by the body.

Setting a molecular power tool loose is obviously not ideal: it can get over zealous and chomp at non-targeted genes. And if something goes wrong, there’s no immediate way to shut down the machinery before it wreaks havoc.

Earlier this month, a team from UC Berkeley took a stab at taming the CRISPR beast. Using a technique called circular permutation, the team reorganized CRISPR into a programmable tool dubbed ProCas9 that silently lurks within cells until external factors—viral infection, for example—wakes it up.

What’s more, ProCas9 can potentially respond to Boolean inputs such as “and” or “not,” meaning that it will only activate if a specific set of instructions are met—for example, “the cell is cancerous” or “the cell is infected” leads to the response “sacrifice the cell,” which activates CRISPR and instructs it to chop up genes essential for survival. The study was published in the prestigious journal Cell.

A quick refresher on CRISPR first: the gene editing tool is actually a molecular duo. The first bit, guide RNAs, are tiny bloodhounds that seek out the target gene.

Once the gene is captured, the second component, Cas9 activates to perform the cutting action. Unlike guide RNAs, which are made up of genetic letters, Cas9 is a protein, and that’s the component that the Berkeley team decided to play with.

“The broad goal of our work is to tame them for use in humans and to strip away the unnecessary things not relevant for genome editing,” said Savage.

So how do you tinker with a protein? Picture a very long string of numbered beads (amino acids), crumpled up into a complex three-dimensional structure. Cut the string, and you’re free to reorganize the beads so that their position on the string is now different than the original, and slip in a knot or two while reconnecting the protein string.

That’s essentially what the team did. This trick, called “circular permutation,” transforms the original protein so that it now has a new beginning and end—and folds into a different shape. It’s a huge surgery on the molecular level that generally wrecks the protein’s function.

We weren’t sure it would work with something as complex as Cas9, the authors said.

Amazingly, Cas9 turned out to be playdough. The team did have to try cutting it at multiple points before sussing out the cuts that retained the protein’s function, but in 10 percent of cases the rearranged Cas9 worked almost as well as the original.

But here’s the clever bit: when reconnecting the protein strands, the team slipped in a molecular “gate”—a small protein linker—that locked Cas9’s cutting ability unless the linker itself is broken.

The breaker of chains? A set of enzymes called proteases.

Think of proteases as tiny protein-targeting box cutters that float around in the body. There’s a whole family of them: the good ones help us digest that chunk of steak or that bean burrito you had for dinner.

But then there’re the bad ones. Cancer cells, for example, pump out their own “evil” proteases that tear down surrounding tissues to help them grow. Viruses can also secrete viral proteases, which is often necessary for their invasion into multiple cells and tissues. Zika and dengue are among those that wield proteases as their weapon, and proteases from plant-infecting viruses help desecrate potatoes and other crops.

But proteases don’t cut at will. Rather, each is only tailored to a small number of amino acid sequences—“zip codes”—that it recognizes and cuts.

This means that the team can put a specific zip code that matches a specific protease—for example, those from cancerous cells—into a reorganized Cas9 protein as the linker. In this way, the linker is only cut in cells that have that specific protease and so only turns on in those cells. Depending on the guide RNA, the team could engineer the activated CRISPR to cut up genes necessary for survival—and in turn kill the cancer cell.

In this way, the new Cas9 proteins, called ProCas9 (“pro” for “protease”) are made into tiny surveillance machines that turn deadly once activated.

As a proof-of-concept, the team introduced Zika-infected cells to their newly engineered ProCas9s, equipped with guide RNAs trained to seek out life-supporting genes.

Within a week, the new CRISPR system destroyed the infected cell in a sort of “altruistic defense.” Non-infected, healthy cells were left alive and intact.

It showed that the system remained quiet during peace times, thus limiting genomic damage to the host, the authors said.

“While this is a very early proof-of-concept, it demonstrates the idea that this could be a synthetic immune system,” said study author Dr. Benjamin Oakes. “What we’ve built is essentially an innate, threat detection protein that you can program to do whatever you want!

The new CRISPR system is hardly just a sidekick for our immune system. One additional perk of rearranging the protein is that its new ends are better at carrying cargos, such as other DNA-modifying enzymes or glow-in-the-dark tracers.

It’s like giving Cas9 a new superpower, one that allows us to track where the protein is within the cell or body, or one that gives CRISPR the ability to change how certain genes are expressed—rather than directly messing with our genetic material.

The Berkeley team already envisioned several uses for the upgrade. ProCas9 could be useful for molecular screening or drug discovery. Or it can limit CRISPR’s DNA-chopping to specific cells “after general delivery of an editing complex to a target tissue or organ,” which would greatly increase the tool’s safety profile especially as the tool heads to the clinic, the team said.

But perhaps the most exciting take away is this: the study, a work of protein wizardry, is another example that we’re not stuck with the CRISPR machinery nature gave us. Rather, “these proteins can be elaborately optimized and turned into scaffolds not found in nature but possessing the right properties for use in human cells”for study or treatment, said Savage.

Be sure there’re a lot more to come.