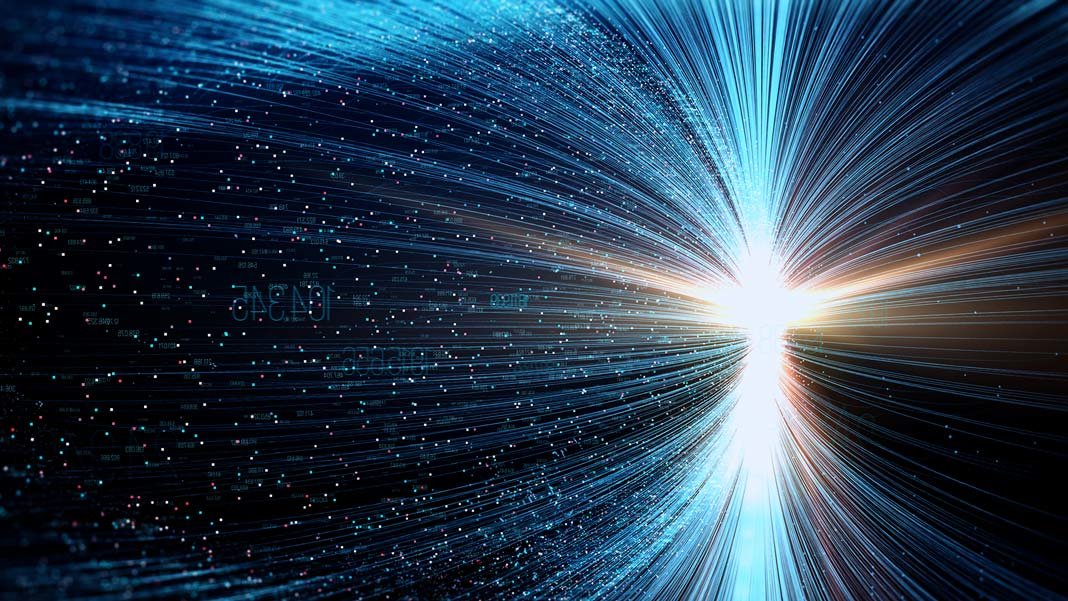 Life is pretty different now than it was 20 years ago, or even 10 years ago. It’s sort of exciting, and sort of scary. And hold onto your hat, because it’s going to keep changing—even faster than it already has been.

The good news is, maybe there won’t be too many big surprises, because the future will be shaped by trends that have already been set in motion. According to Singularity University co-founder and XPRIZE founder Peter Diamandis, a lot of these trends are unstoppable—but they’re also pretty predictable.

At SU’s Global Summit, taking place this week in San Francisco, Diamandis outlined some of the meta-trends he believes are key to how we’ll live our lives and do business in the (not too distant) future.

Resources are becoming more abundant all over the world, and fewer people are seeing their lives limited by scarcity. “It’s hard for us to realize this as we see crisis news, but what people have access to is more abundant than ever before,” Diamandis said. Products and services are becoming cheaper and thus available to more people, and having more resources then enables people to create more, thus producing even more resources—and so on.

Take energy. In most of the world, though its costs are decreasing, it’s still a fairly precious commodity; we turn off our lights and our air conditioners when we don’t need them (ideally, both to save money and to avoid wastefulness). But the cost of solar energy has plummeted, and the storage capacity of batteries is improving, and solar technology is steadily getting more efficient. Bids for new solar power plants in the past few years have broken each other’s records for lowest cost per kilowatt hour.

“We’re not far from a penny per kilowatt hour for energy from the sun,” Diamandis said. “And if you’ve got energy, you’ve got water.” Desalination, for one, will be much more widely feasible once the cost of the energy needed for it drops.

Knowledge is perhaps the most crucial resource that’s going from scarce to abundant. All the world’s knowledge is now at the fingertips of anyone who has a mobile phone and an internet connection—and the number of people connected is only going to grow. “Everyone is being connected at gigabit connection speeds, and this will be transformative,” Diamandis said. “We’re heading towards a world where anyone can know anything at any time.”

It’s not just goods, services, and knowledge that are becoming more plentiful. Money is, too—particularly money for business. “There’s more and more capital available to invest in companies,” Diamandis said. As a result, more people are getting the chance to bring their world-changing ideas to life.

Through crowdfunding, any person in any part of the world can present their idea and ask for funding. That funding can come in the form of a loan, an equity investment, a reward, or an advanced purchase of the proposed product or service. “Crowdfunding means it doesn’t matter where you live, if you have a great idea you can get it funded by people from all over the world,” Diamandis said.

All this is making a difference; the number of unicorns—privately-held startups valued at over $1 billion—currently stands at an astounding 360.

One of the reasons why the world is getting better, Diamandis believes, is because entrepreneurs are trying more crazy ideas—not ideas that are reasonable or predictable or linear, but ideas that seem absurd at first, then eventually end up changing the world.

Everyone and Everything, Connected

As already noted, knowledge is becoming abundant thanks to the proliferation of mobile phones and wireless internet; everyone’s getting connected. In the next decade or sooner, connectivity will reach every person in the world. 5G is being tested and offered for the first time this year, and companies like Google, SpaceX, OneWeb, and Amazon are racing to develop global satellite internet constellations, whether by launching 12,000 satellites, as SpaceX’s Starlink is doing, or by floating giant balloons into the stratosphere like Google’s Project Loon.

“We’re about to reach a period of time in the next four to six years where we’re going from half the world’s people being connected to the whole world being connected,” Diamandis said. “What happens when 4.2 billion new minds come online? They’re all going to want to create, discover, consume, and invent.”

And it doesn’t stop at connecting people. Things are becoming more connected too. “By 2020 there will be over 20 billion connected devices and more than one trillion sensors,” Diamandis said. By 2030, those projections go up to 500 billion and 100 trillion. Think about it: there’s home devices like refrigerators, TVs, dishwashers, digital assistants, and even toasters. There’s city infrastructure, from stoplights to cameras to public transportation like buses or bike sharing. It’s all getting smart and connected.

Soon we’ll be adding autonomous cars to the mix, and an unimaginable glut of data to go with them. Every turn, every stop, every acceleration will be a data point. Some cars already collect over 25 gigabytes of data per hour, Diamandis said, and car data is projected to generate $750 billion of revenue by 2030.

“You’re going to start asking questions that were never askable before, because the data is now there to be mined,” he said.

Indeed, we’ll have data on everything we could possibly want data on. We’ll also soon have what Diamandis calls just-in-time education, where 5G combined with artificial intelligence and augmented reality will allow you to learn something in the moment you need it. “It’s not going and studying, it’s where your AR glasses show you how to do an emergency surgery, or fix something, or program something,” he said.

We’re also at the beginning of massive investments in research working towards connecting our brains to the cloud. “Right now, everything we think, feel, hear, or learn is confined in our synaptic connections,” Diamandis said. What will it look like when that’s no longer the case? Companies like Kernel, Neuralink, Open Water, Facebook, Google, and IBM are all investing billions of dollars into brain-machine interface research.

One of the most important problems we’ll use our newfound intelligence to solve is that of our own health and mortality, making 100 years old the new 60—then eventually, 120 or 150.

“Our bodies were never evolved to live past age 30,” Diamandis said. “You’d go into puberty at age 13 and have a baby, and by the time you were 26 your baby was having a baby.”

Seeing how drastically our lifespans have changed over time makes you wonder what aging even is; is it natural, or is it a disease? Many companies are treating it as one, and using technologies like senolytics, CRISPR, and stem cell therapy to try to cure it. Scaffolds of human organs can now be 3D printed then populated with the recipient’s own stem cells so that their bodies won’t reject the transplant. Companies are testing small-molecule pharmaceuticals that can stop various forms of cancer.

“We don’t truly know what’s going on inside our bodies—but we can,” Diamandis said. “We’re going to be able to track our bodies and find disease at stage zero.”

The world is far from perfect—that’s not hard to see. What’s less obvious but just as true is that we’re living in an amazing time. More people are coming together, and they have more access to information, and that information moves faster, than ever before.

“I don’t think any of us understand how fast the world is changing,” Diamandis said. “Most people are fearful about the future. But we should be excited about the tools we now have to solve the world’s problems.”