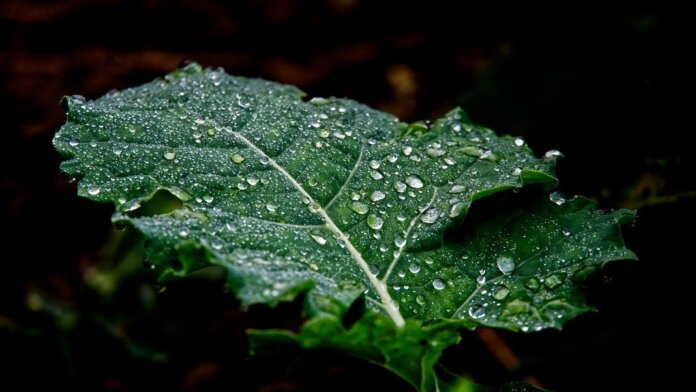 It’s the dog days of summer. You bite down on a plump, chilled orange. Citrus juice explodes in your mouth in a refreshing, tingling burst. Ahh.

And congratulations—you’ve just been vaccinated for the latest virus.

That’s one of the goals of molecular farming, a vision to have plants synthesize medications and vaccines. Using genetic engineering and synthetic biology, scientists can introduce brand new biochemical pathways into plant cells—or even whole plants—essentially turning them into single-use bioreactors.

The whole idea has a retro-futuristic science fiction vibe. First conceived of in 1986, molecular farming got its boost three decades later, when the FDA approved the first—and only—plant-derived therapeutic protein for humans to treat Gaucher disease, a genetic disorder that prevents people from breaking down fats.

But to Drs. Hugues Fausther-Bovendo and Gary Kobinger at Université Laval, Quebec and Galveston National Laboratory, Texas, respectively, we’re just getting started. In a new perspective article published last week in Science, the duo argues that plants have long been an overlooked resource for biomanufacturing.

Plants are cheap to grow and resist common forms of contamination that haunt other drug manufacturing processes, while being sustainable and environmentally friendly. The resulting therapeutic proteins or vaccines are often stored inside their seeds or other plant cell components, which can be easily dehydrated for storage—no ultra-cold freezers or sterile carriers required.

They also work fast. In just three weeks, the Canadian company Medicago produced a candidate Covid-19 vaccine that mimics the outer layer of the virus to stimulate an immune response. The vaccine is now in late-stage clinical trials.

Even wilder, plants themselves can be turned into edible medicines. Rather than insulin shots, people with diabetes could just eat a tomato. Instead of getting a flu jab, you could munch on an ear of fresh, sweet corn. The draw of molecular farming encouraged DARPA (Defense Advanced Research Projects Agency) to finance three massive facilities to optimize plant-made vaccines.

And if we ever make it to Mars, plants are far easier to cultivate than setting up a whole pharmaceutical operation.

“Molecular farming could have a considerable impact on both human and animal health,” the authors said.

Take the common yeast, a scientist’s favorite medium for genetic engineering and a brewer’s best friend. Using little circular “spaceships” that carry new genes, called vectors, scientist can create brand-new biochemical pathways into these critters. In one recent study, a Stanford team made 34 modifications to the yeast’s DNA to chemically assemble a molecule with widespread effects on human muscles, glands, and tissue.

Other mediums for synthesizing drugs, antibodies, and vaccines have relied on a rainbow of hosts, from the exotic—insect cells—to the slightly more mundane, such as eggs. The flu vaccine, for example, is cultured in chicken eggs, which supports the growth of an attenuated version of the virus to help stimulate the immune system. An upcoming Covid-19 vaccine is doing the same.

But if you’ve ever had the unfortunate experience of home brewing gone bad—beer, wine, kombucha, or otherwise—you’ll have a visceral feel of the dangers involved. Although using yeast or mammalian cells for biomanufacturing is the norm today, it’s a costly operation. Cells fill massive, rotating jugs inside strictly-controlled facilities. Operations are under constant threat of zoonotic pathogens—dangerous, disease-causing bugs that could waste a whole tank.

But scientists soon realized other benefits. One is experience. With thousands of years of collective agricultural know-how under humanity’s belt, it’s relatively easy to gauge the best way to grow an antibody-producing tobacco leaf, antitoxin potato, or herpes vaccine-making soybean. In developing countries, just plant them in the field or on vertical stacks—no special equipment needed. To harvest, crush the plants and extract the medications from the juice. Or simply freeze dry parts of the plant containing the drug into a powder for storage and shipping. The whole process is economical and sustainable.

Add in the recent boom in gene editing tools, and molecular farming is on a roll. The process is similar to genetically modified (GM) crops. It starts with introducing a vector into the whole plant or plant cells, which carries the genetic code to make a protein or a vaccine. Depending on the type of vector, the new DNA can integrate into the plant’s own genome—something called “stable expression”—or it can float around for just long enough for the plant to carry out its protein-making instructions.

The latter, dubbed “transient expression,” is especially tantalizing for its rocket speed. It’s possible to extract vaccines and therapeutic proteins within weeks, the authors said.

The other benefit came as a surprise. Plant-produced vaccines and monoclonal antibodies—for example, those used to treat severe Covid-19 cases—are far more potent than similar molecules made in chicken eggs or yeasts. Most vaccines these days require adjuvants, a molecular “sprinkle” on top that helps to further stimulate an immune response. In plants, however, the resulting vaccine contains a soup of plant biochemicals. These molecules, the authors said, can act similarly to an adjuvant, potentially making vaccine formulations far more simple and affordable.

But with great power comes great responsibility. Overstimulating the immune system can have catastrophic side effects. There’s good news. So far, monoclonal antibodies produced by plants against HIV and Ebola showed very few side effects, with the most common ones being a low fever in three clinical trials.

Perhaps the most tantalizing promise of molecular farming in the near future is crops that contain a vaccine.

If the idea of eating a vaccine grosses you out, there’s precedent. One type of the polio vaccine, which contains a weakened virus given as an edible, was once used widely in wiping out the virus. However, in a six-year span at the turn of the century, a slew of plant-based edible vaccines against Hep B, rabies, and the norovirus became pioneers—and martyrs—of that goal. “The proportion of immunized individuals who generated an immune response … was disappointingly lower than in clinical trials involving standard vaccines administered,” the authors said.

That’s changing. With the rise of CRISPR and other precision gene-editing tools, “edible plant-made vaccines could now generate meaningful immune responses.” Several recent tests tried using a vaccine shot as the first dose, with an edible plant-based vaccine derived from rice, cereals, or corn as a booster.

For now, edible plant-based therapeutics are still in the preclinical development phase. Even when technologically possible, they’ll also likely hit roadblocks and protests. Current animosity towards GMOs may carry over. Costs and protocols for safe manufacturing will have to be in place.

But molecular farming could also be the great equalizer for therapeutic access, while minimizing impact on an increasingly tumultuous climate.

To the authors, the key is to look ahead. “Manufacturing of pharma­ceutical proteins may remain dominated by current production systems until economic attractiveness … shifts the balance toward molecular farming,” they said.