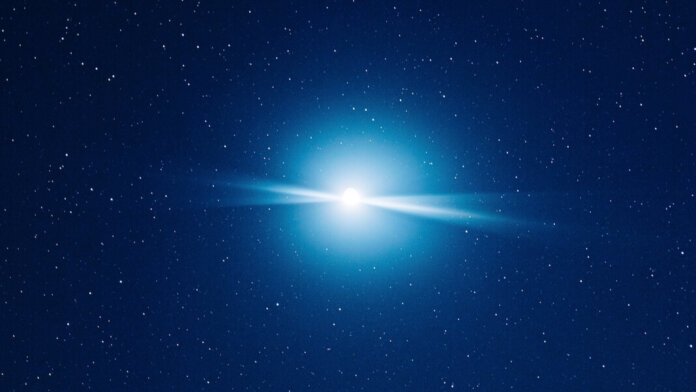 With the end of 2022 approaching fast, we took a look back at the stories that struck a chord with readers this year. Below, you’ll find Singularity Hub’s 10 most-read articles of 2022.

They’re a diverse bunch: from a quantum computer demonstrating quantum advantage—the ever-fluid benchmark for tasks only a quantum machine can handle—to a house 3D printed from recycled plastic water bottles. We wrote about a transistor gate the size of a carbon atom, a DeepMind AI that can write computer code like your average programmer, a gambit to drill 12 miles into Earth’s crust and liberate the nearly limitless energy below, and a spinal chord implant that helped paralyzed people walk again.

There was plenty of nourishment for curious minds this year, and alongside another frenzied news cycle, science and technology continued to move ahead. As always, thanks for reading.

Quantum Chip Takes Microseconds to Do a Task a Supercomputer Would Spend 9,000 Years On
By Shelly Fan
“Are quantum computers overhyped? A new study in Nature says no. A cleverly-designed quantum device developed by Xanadu, a company based in Toronto, Canada, obliterated conventional computers on a benchmark task that would otherwise take over 9,000 years. For the quantum chip Borealis, answers came within 36 microseconds. Xanadu’s accomplishment is the latest to demonstrate the power of quantum computing over conventional computers—a seemingly simple idea dubbed quantum advantage.”

Our Conscious Experience of the World Is But a Memory, Says New Theory
By Shelly Fan
“[According to the theory, consciousness] helps us remember the events of our lives—the whens, wheres, whats, and whos—which in turn can help us creatively and flexibly recombine them to predict or imagine alternative possibilities. It gets more mind-bending. Rather than perceiving the world in real time, we’re actually experiencing a memory of that perception. That is, our unconscious minds filter and process the world under the hood, and often make split-second decisions. When we become aware of those perceptions and decisions—that is, once they’ve risen to the level of consciousness—we’re actually experiencing ‘memories of those unconscious decisions and actions,’ the authors explained. In other words, it’s mainly the unconscious mind at the wheel.”

The World’s Biggest Cultured Meat Factory Is Under Construction in the US
By Vanessa Bates Ramirez
“Despite the fact that consumers have never tasted it and it’s only legal in Singapore, cultured meat is on a roll. Its production cost is dropping, multiple companies have entered the space, and the FDA recently granted its first approval to one of them. Last week the industry hit another milestone as Israeli company [Believer Meats] broke ground on what it says will be the biggest cultured meat plant in the world…with a production capacity of 10,000 metric tons.”

This Engineered ‘Superplant’ Cleans Indoor Air Like 30 Regular Plants
By Vanessa Bates Ramirez
“Most air purifiers are designed to remove particulate matter, like dust, dirt, smoke, or airborne bacteria. But Neo P1 was made to combat a type of pollution called volatile organic compounds. These are found in all sorts of household items, from furniture and cleaning products to paint, upholstery, and flooring. The chemicals in these items that are most harmful to human health—which are also the ones the plant was engineered to neutralize—are formaldehyde, benzene, toluene, and xylene. They can contribute to lung problems like cancer and COPD, as well as heart disease and other health issues.”

A Spinal Cord Implant Allowed Paralyzed People to Walk in Just One Day
By Shelly Fan
“Michel Roccati never thought he’d walk again, much less swim, cycle, or paddle a kayak. A terrifying motorcycle collision in 2017 damaged his spinal cord, leaving him completely paralyzed from the waist down. Yet on a cold, snowy day last December in Lausanne, Switzerland, he took his first step outside—with the help of a walker—since his accident. His aid? A new spinal cord implant that bridges signals from the brain to his lower muscles, hopping over damaged portions to restore movement. All it took was one day of stimulation. ‘The first few steps were incredible—a dream come true!’ he said.”

Moore’s Law: Scientists Just Made a Graphene Transistor Gate the Width of an Atom
By Jason Dorrier
“There’s been no greater act of magic in technology than the sleight of hand performed by Moore’s Law. Electronic components that once fit in your palm have long gone atomic, vanishing from our world to take up residence in the quantum realm. But we’re now brushing the bitter limits of this trend. In a paper published in Nature this week, scientists at Tsinghua University in Shanghai wrote that they’ve built a graphene transistor gate with a length of 0.34 nanometers—or roughly the size of a single carbon atom.”

DeepMind’s AlphaCode Conquers Coding, Performing as Well as Humans
By Shelly Fan
“The secret to good programming might be to ignore everything we know about writing code. At least for AI. It seems preposterous, but DeepMind’s new coding AI just trounced roughly 50 percent of human coders in a highly competitive programming competition. On the surface the tasks sound relatively simple: each coder is presented with a problem in everyday language, and the contestants need to write a program to solve the task as fast as possible—and hopefully, free of errors. But it’s a behemoth challenge for AI coders. The agents need to first understand the task—something that comes naturally to humans—and then generate code for tricky problems that challenge even the best human programmers.”

Startup Will Drill 12 Miles Into Earth’s Crust to Tap the Boundless Energy Below
By Jason Dorrier
“What if there were a nearly limitless source of energy available anywhere on the planet? What if the only thing preventing us from tapping said energy source was technology? And what if that tech drew on the expertise of a century-old, trillion-dollar industry, and could readily slot into much of the infrastructure already built for that industry? The answer to these questions is and has always been directly beneath our feet. The core of our planet is hotter than the surface of the sun—all we have to do is drill deep enough to liberate some of its heat. At least, that’s the dream Quaise Energy is pitching, and the startup, spun out of MIT in 2018, recently secured $40 million in new funding to go after it.”

First Controlled Human Trial Shows Cutting Calories Improves Health, Longevity
By Shelly Fan
“Bring up caloric restriction, or ‘CR,’ in humans at any longevity forum, and you’ll trigger a furious debate between die-hard proponents and passionate dissenters. The reason why is also simple: we only have theories, but lack sufficient data in humans. …Enter CALERIE. The Comprehensive Assessment of Long-term Effects of Reducing Intake of Energy trial is the first controlled study of CR in the average Joe. Headed by scientists at Yale University and Pennington Biomedical Research, the trial found that cutting calories by a mere 14 percent for 2 years—about one less muffin per day—conferred multiple health benefits known to combat aging.”

These Sleek Houses Are 3D Printed From Recycled Plastic. Prices Start at $26,900
By Vanessa Bates Ramirez
“The US has a housing shortage problem. We also have a plastic waste problem. What if we could solve both these problems simultaneously with an unexpected two birds/one stone innovation? If you’ve ever longed to live in a small house made out of 100,000 recycled plastic water bottles, your lucky day is just around the corner.”