The Top Biotech and Medicine Advances to Expect in 2019 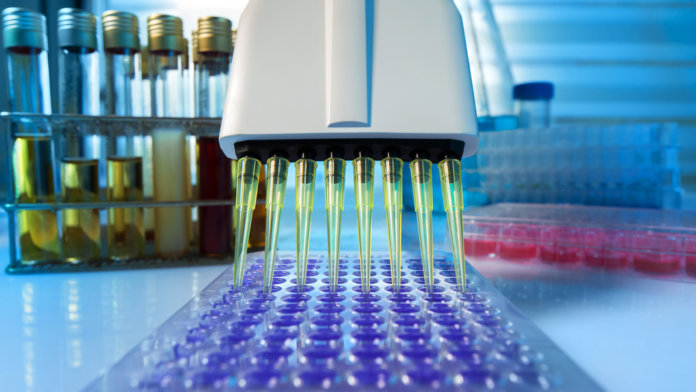 From a woman who gave birth using a transplanted uterus, to the infamous CRISPR baby scandal, to forensics adopting consumer-based genealogy test kits to track down criminals, last year was a factory churning out scientific “whoa” stories with consequences for years to come.

With CRISPR still in the headlines, Britain ready to bid Europe au revoir, and multiple scientific endeavors taking off, 2019 is shaping up to be just as tumultuous.

Here are the science and health stories that may blow up in the new year. But first, a note of caveat: predicting the future is tough. Forecasting is the lovechild between statistics and (a good deal of) intuition, and entire disciplines have been dedicated to the endeavor. But January is the perfect time to gaze into the crystal ball for wisps of insight into the year to come. Last year we predicted the widespread approval of gene therapy products—on the most part, we nailed it. This year we’re hedging our bets with multiple predictions.

Gene Drives Used in the Wild

The concept of gene drives scares many, for good reason. Gene drives are a step up in severity (and consequences) from CRISPR and other gene-editing tools. Even with germline editing, in which the sperm, egg, or embryos are altered, gene editing affects just one genetic line—one family—at least at the beginning, before they reproduce with the general population.

Gene drives, on the other hand, have the power to wipe out entire species.

In a nutshell, they’re little bits of DNA code that help a gene transfer from parent to child with almost 100 percent perfect probability. The “half of your DNA comes from dad, the other comes from mom” dogma? Gene drives smash that to bits.

In other words, the only time one would consider using a gene drive is to change the genetic makeup of an entire population. It sounds like the plot of a supervillain movie, but scientists have been toying around with the idea of deploying the technology—first in mosquitoes, then (potentially) in rodents.

By releasing just a handful of mutant mosquitoes that carry gene drives for infertility, for example, scientists could potentially wipe out entire populations that carry infectious scourges like malaria, dengue, or Zika. The technology is so potent—and dangerous—the US Defense Advances Research Projects Agency is shelling out $65 million to suss out how to deploy, control, counter, or even reverse the effects of tampering with ecology.

Last year, the U.N. gave a cautious go-ahead for the technology to be deployed in the wild in limited terms. Now, the first release of a genetically modified mosquito is set for testing in Burkina Faso in Africa—the first-ever field experiment involving gene drives.

The experiment will only release mosquitoes in the Anopheles genus, which are the main culprits transferring disease. As a first step, over 10,000 male mosquitoes are set for release into the wild. These dudes are genetically sterile but do not cause infertility, and will help scientists examine how they survive and disperse as a preparation for deploying gene-drive-carrying mosquitoes.

Hot on the project’s heels, the nonprofit consortium Target Malaria, backed by the Bill and Melinda Gates foundation, is engineering a gene drive called Mosq that will spread infertility across the population or kill out all female insects. Their attempt to hack the rules of inheritance—and save millions in the process—is slated for 2024.

People often brush off flu as a mere annoyance, but the infection kills hundreds of thousands each year based on the CDC’s statistical estimates.

The flu virus is actually as difficult of a nemesis as HIV—it mutates at an extremely rapid rate, making effective vaccines almost impossible to engineer on time. Scientists currently use data to forecast the strains that will likely explode into an epidemic and urge the public to vaccinate against those predictions. That’s partly why, on average, flu vaccines only have a success rate of roughly 50 percent—not much better than a coin toss.

Tired of relying on educated guesses, scientists have been chipping away at a universal flu vaccine that targets all strains—perhaps even those we haven’t yet identified. Often referred to as the “holy grail” in epidemiology, these vaccines try to alert our immune systems to parts of a flu virus that are least variable from strain to strain.

Last November, a first universal flu vaccine developed by BiondVax entered Phase 3 clinical trials, which means it’s already been proven safe and effective in a small numbers and is now being tested in a broader population. The vaccine doesn’t rely on dead viruses, which is a common technique. Rather, it uses a small chain of amino acids—the chemical components that make up proteins—to stimulate the immune system into high alert.

With the government pouring $160 million into the research and several other universal candidates entering clinical trials, universal flu vaccines may finally experience a breakthrough this year.

CRISPR and other gene editing tools headed the news last year, including both downers suggesting we already have immunity to the technology and hopeful news of it getting ready for treating inherited muscle-wasting diseases.

But what wasn’t widely broadcasted was the in-body gene editing experiments that have been rolling out with gusto. Last September, Sangamo Therapeutics in Richmond, California revealed that they had injected gene-editing enzymes into a patient in an effort to correct a genetic deficit that prevents him from breaking down complex sugars.

The effort is markedly different than the better-known CAR-T therapy, which extracts cells from the body for genetic engineering before returning them to the hosts. Rather, Sangamo’s treatment directly injects viruses carrying the edited genes into the body. So far, the procedure looks to be safe, though at the time of reporting it was too early to determine effectiveness.

This year the company hopes to finally answer whether it really worked.

If successful, it means that devastating genetic disorders could potentially be treated with just a few injections. With a gamut of new and more precise CRISPR and other gene-editing tools in the works, the list of treatable inherited diseases is likely to grow. And with the CRISPR baby scandal potentially dampening efforts at germline editing via regulations, in-body gene editing will likely receive more attention if Sangamo’s results return positive.

Neuralink and Other Brain-Machine Interfaces

Neuralink is the stuff of sci fi: tiny implanted particles into the brain could link up your biological wetware with silicon hardware and the internet.

But that’s exactly what Elon Musk’s company, founded in 2016, seeks to develop: brain-machine interfaces that could tinker with your neural circuits in an effort to treat diseases or even enhance your abilities.

Last November, Musk broke his silence on the secretive company, suggesting that he may announce something “interesting” in a few months, that’s “better than anyone thinks is possible.”

Musk’s aspiration for achieving symbiosis with artificial intelligence isn’t the driving force for all brain-machine interfaces (BMIs). In the clinics, the main push is to rehabilitate patients—those who suffer from paralysis, memory loss, or other nerve damage.

2019 may be the year that BMIs and neuromodulators cut the cord in the clinics. These devices may finally work autonomously within a malfunctioning brain, applying electrical stimulation only when necessary to reduce side effects without requiring external monitoring. Or they could allow scientists to control brains with light without needing bulky optical fibers.

Cutting the cord is just the first step to fine-tuning neurological treatments—or enhancements—to the tune of your own brain, and 2019 will keep on bringing the music.