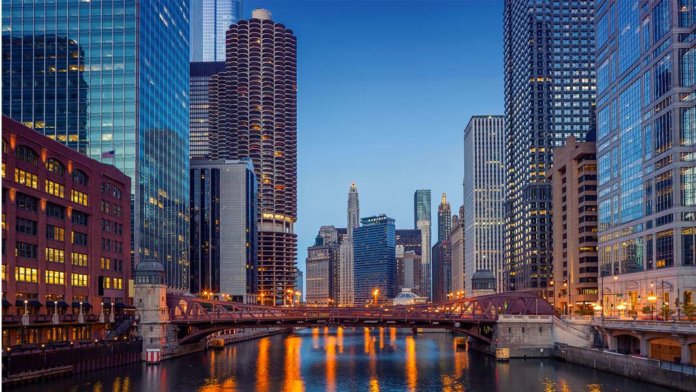 Over the past few years, the word ‘innovation’ has degenerated into something of a buzzword. In fact, according to Vijay Vaitheeswaran, US business editor at The Economist, it’s one of the most abused words in the English language.

The word is over-used precisely because we’re living in a great age of invention. But the pace at which those inventions are changing our lives is fast, new, and scary.

So what strategies do companies need to adopt to make sure technology leads to growth that’s not only profitable, but positive? How can business and government best collaborate? Can policymakers regulate the market without suppressing innovation? Which technologies will impact us most, and how soon?

At The Economist Innovation Summit in Chicago last week, entrepreneurs, thought leaders, policymakers, and academics shared their insights on the current state of exponential technologies, and the steps companies and individuals should be taking to ensure a tech-positive future. Here’s their expert take on the tech and trends shaping the future.

There’s been a lot of hype around blockchain; apparently it can be used for everything from distributing aid to refugees to voting. However, it’s too often conflated with cryptocurrencies like Bitcoin, and we haven’t heard of many use cases. Where does the technology currently stand?

Julie Sweet, chief executive of Accenture North America, emphasized that the technology is still in its infancy. “Everything we see today are pilots,” she said. The most promising of these pilots are taking place across three different areas: supply chain, identity, and financial services.

When you buy something from outside the US, Sweet explained, it goes through about 80 different parties. 70 percent of the relevant data is replicated and is prone to error, with paper-based documents often to blame. Blockchain is providing a secure way to eliminate paper in supply chains, upping accuracy and cutting costs in the process.

One of the most prominent use cases in the US is Walmart—the company has mandated that all suppliers in its leafy greens segment be on a blockchain, and its food safety has improved as a result.

Beth Devin, head of Citi Ventures’ innovation network, added “Blockchain is an infrastructure technology. It can be leveraged in a lot of ways. There’s so much opportunity to create new types of assets and securities that aren’t accessible to people today. But there’s a lot to figure out around governance.”

Are the days of proprietary technology numbered? More and more companies and individuals are making their source code publicly available, and its benefits are thus more widespread than ever before. But what are the limitations and challenges of open source tech, and where might it go in the near future?

Bob Lord, senior VP of cognitive applications at IBM, is a believer. “Open-sourcing technology helps innovation occur, and it’s a fundamental basis for creating great technology solutions for the world,” he said. However, the biggest challenge for open source right now is that companies are taking out more than they’re contributing back to the open-source world. Lord pointed out that IBM has a rule about how many lines of code employees take out relative to how many lines they put in.

Another challenge area is open governance; blockchain by its very nature should be transparent and decentralized, with multiple parties making decisions and being held accountable. “We have to embrace open governance at the same time that we’re contributing,” Lord said. He advocated for a hybrid-cloud environment where people can access public and private data and bring it together.

Augmented and virtual reality aren’t just for fun and games anymore, and they’ll be even less so in the near future. According to Pearly Chen, vice president at HTC, they’ll also go from being two different things to being one and the same. “AR overlays digital information on top of the real world, and VR transports you to a different world,” she said. “In the near future we will not need to delineate between these two activities; AR and VR will come together naturally, and will change everything we do as we know it today.”

For that to happen, we’ll need a more ergonomically friendly device than we have today for interacting with this technology. “Whenever we use tech today, we’re multitasking,” said product designer and futurist Jody Medich. “When you’re using GPS, you’re trying to navigate in the real world and also manage this screen. Constant task-switching is killing our brain’s ability to think.” Augmented and virtual reality, she believes, will allow us to adapt technology to match our brain’s functionality.

This all sounds like a lot of fun for uses like gaming and entertainment, but what about practical applications?  “Ultimately what we care about is how this technology will improve lives,” Chen said.

A few ways that could happen? Extended reality will be used to simulate hazardous real-life scenarios, reduce the time and resources needed to bring a product to market, train healthcare professionals (such as surgeons), or provide therapies for patients—not to mention education. “Think about the possibilities for children to learn about history, science, or math in ways they can’t today,” Chen said.

If there’s one technology that’s truly baffling, it’s quantum computing. Qubits, entanglement, quantum states—it’s hard to wrap our heads around these concepts, but they hold great promise. Where is the tech right now?

Mandy Birch, head of engineering strategy at Rigetti Computing, thinks quantum development is starting slowly but will accelerate quickly. “We’re at the innovation stage right now, trying to match this capability to useful applications,” she said. “Can we solve problems cheaper, better, and faster than classical computers can do?” She believes quantum’s first breakthrough will happen in two to five years, and that is highest potential is in applications like routing, supply chain, and risk optimization, followed by quantum chemistry (for materials science and medicine) and machine learning.

David Awschalom, director of the Chicago Quantum Exchange and senior scientist at Argonne National Laboratory, believes quantum communication and quantum sensing will become a reality in three to seven years. “We’ll use states of matter to encrypt information in ways that are completely secure,” he said. A quantum voting system, currently being prototyped, is one application.

Who should be driving quantum tech development? The panelists emphasized that no one entity will get very far alone. “Advancing quantum tech will require collaboration not only between business, academia, and government, but between nations,” said Linda Sapochak, division director of materials research at the National Science Foundation. She added that this doesn’t just go for the technology itself—setting up the infrastructure for quantum will be a big challenge as well.

Space has always been the final frontier, and it still is—but it’s not quite as far-removed from our daily lives now as it was when Neil Armstrong walked on the moon in 1969.

The space industry has always been funded by governments and private defense contractors. But in 2009, SpaceX launched its first commercial satellite, and in subsequent years have drastically cut the cost of spaceflight. More importantly, they published their pricing, which brought transparency to a market that hadn’t seen it before.

Entrepreneurs around the world started putting together business plans, and there are now over 400 privately-funded space companies, many with consumer applications.

Chad Anderson, CEO of Space Angels and managing partner of Space Capital, pointed out that the technology floating around in space was, until recently, archaic. “A few NASA engineers saw they had more computing power in their phone than there was in satellites,” he said. “So they thought, ‘why don’t we just fly an iPhone?’” They did—and it worked.

Next up in the space realm, he predicts, are mining and tourism.

Artificial Intelligence and the Future of Work

From the US to Europe to Asia, alarms are sounding about AI taking our jobs. What will be left for humans to do once machines can do everything—and do it better?

These fears may be unfounded, though, and are certainly exaggerated. It’s undeniable that AI and automation are changing the employment landscape (not to mention the way companies do business and the way we live our lives), but if we build these tools the right way, they’ll bring more good than harm, and more productivity than obsolescence.

Accenture’s Julie Sweet emphasized that AI alone is not what’s disrupting business and employment. Rather, it’s what she called the “triple A”: automation, analytics, and artificial intelligence. But even this fear-inducing trifecta of terms doesn’t spell doom, for workers or for companies. Accenture has automated 40,000 jobs—and hasn’t fired anyone in the process. Instead, they’ve trained and up-skilled people. The most important drivers to scale this, Sweet said, are a commitment by companies and government support (such as tax credits).

Imbuing AI with the best of human values will also be critical to its impact on our future. Tracy Frey, Google Cloud AI’s director of strategy, cited the company’s set of seven AI principles. “What’s important is the governance process that’s put in place to support those principles,” she said. “You can’t make macro decisions when you have technology that can be applied in many different ways.”

This year, Vaitheeswaran said, 50 percent of the world’s population will have internet access (he added that he’s disappointed that percentage isn’t higher given the proliferation of smartphones). As technology becomes more widely available to people around the world and its influence grows even more, what are the biggest risks we should be monitoring and controlling?

Information integrity—being able to tell what’s real from what’s fake—is a crucial one. “We’re increasingly operating in siloed realities,” said Renee DiResta, director of research at New Knowledge and head of policy at Data for Democracy. “Inadvertent algorithmic amplification on social media elevates certain perspectives—what does that do to us as a society?”

Algorithms have also already been proven to perpetuate the bias of the people who create them—and those people are often wealthy, white, and male. Ensuring that technology doesn’t propagate unfair bias will be crucial to its ability to serve a diverse population, and to keep societies from becoming further polarized and inequitable. The polarization of experience that results from pronounced inequalities within countries, Vaitheeswaran pointed out, can end up undermining democracy.

We’ll also need to walk the line between privacy and utility very carefully. As Dan Wagner, founder of Civis Analytics put it, “We want to ensure privacy as much as possible, but open access to information helps us achieve important social good.” Medicine in the US has been hampered by privacy laws; if, for example, we had more data about biomarkers around cancer, we could provide more accurate predictions and ultimately better healthcare.

But going the Chinese way—a total lack of privacy—is likely not the answer, either. “We have to be very careful about the way we bake rights and freedom into our technology,” said Alex Gladstein, chief strategy officer at Human Rights Foundation.

Technology’s risks are clearly as fraught as its potential is promising. As Gary Shapiro, chief executive of the Consumer Technology Association, put it, “Everything we’ve talked about today is simply a tool, and can be used for good or bad.”

The decisions we’re making now, at every level—from the engineers writing algorithms, to the legislators writing laws, to the teenagers writing clever Instagram captions—will determine where on the spectrum we end up.