The Prickly Debate on Germline Gene Therapy, and Moving It Forward 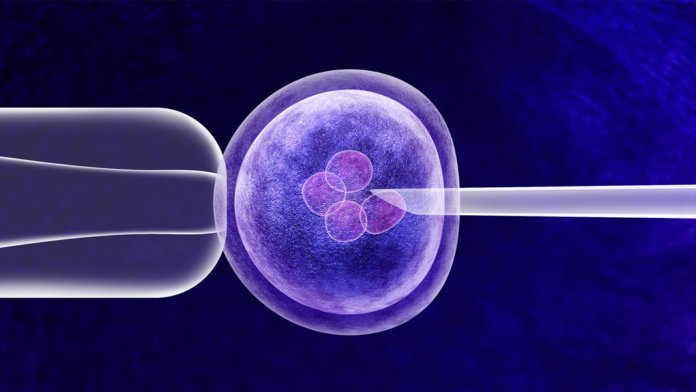 In 2016, a healthy baby boy came screaming into the world in a Mexican clinic. Harboring DNA from three parents, the baby had had his genes dramatically altered while still an embryo. Without the treatment, an inheritable neurological disorder would’ve killed him before the age of three.

Two years later across the world in China, two girls, also as embryos, had their genes edited using CRISPR to make them (theoretically) resistant to HIV infection. The edits didn’t hit their intended target—instead, the girls may be more prone to infections, have altered brain functions, and even experience earlier deaths.

Although drastically different on the surface, these two cases illustrate the yin and yang of human germline gene therapy. Rather than changing genes in a grown adult, germline gene therapy hopes to nip inheritable diseases at the earliest stages of conception. By editing the genetic makeup of the egg, sperm, or fertilized embryo, the therapy can target over 10,000 inheritable human diseases caused by mistakes in a single gene. These “fixes” are then passed on to future generations, permanently repairing—or irrevocably altering—the human gene pool.

Sound terrifying? Many think so. The CRISPR baby scandal prompted calls for a global moratorium on any clinical applications involving human germline editing due to both safety and ethical concerns.

Not so fast, argued Dr. Shokhrat Mitalipov in a new commentary in Nature Medicine.

As the godfather of human germline editing, Mitalipov is intimately aware of the incendiary nature of his work. His lab pioneered the “three parent” technology, and were among the first to edit pathological genes in human embryos. Rather than banning germline editing or withholding government funding, he said, the focus needs to be on reinforcing existing regulations and perfecting various editing technologies underlying the therapy.

The fact is that human germline editing is here to stay. Laws and ethics are not going to stop families suffering from devastating inheritable diseases or infertility from seeking solutions.

As Neena Nizar, a patient with an excruciating inheritable bone disease that she passed on to her son, told STAT, “It’s easy to get on your high horse when you’re not in our position.” Mitalipov wants to make the treatments safer and more available to these families, in regulated clinics and without stigma.

“Gene therapy” often evokes images of cutting and pasting healthy genes in place of pathological ones. But the field encompasses many different therapies and tools.

The first clinically-used germline gene therapy isn’t CRISPR. Rather, it’s a technology called mitochondrial replacement therapy (MRT), or more commonly known as “three parent” IVF. Humans actually have two physically separate sets of DNA: one is tightly packaged in a tiny nut-like structure in the cell called the nucleus—this is the one we usually refer to when we talk about genetic material. However, we also have DNA in our mitochondria (mtDNA), the bacteria-like structures that produce energy inside cells.

mtDNA mistakes are inheritable and often deadly. But unlike nuclear DNA, mtDNA is passed down solely from mom to child. Because not all of mom’s mtDNA carries a certain mutation, it’s difficult to predict the health of a given egg.

Unfortunately, mtDNA are resistant to CRISPR and other gene editing tools, but Mitalipov’s team found a workaround. In 2009, they showed that it’s possible to suck out an egg’s healthy nuclear DNA and transplant it into a donor egg cell with its own nucleus removed. The resulting egg has two sets of healthy DNA: the donor mtDNA, “erasing” mitochondrial disease from the child and its progeny, and nuclear DNA from the mom, which guides most of inheritance.

When fertilized with the dad’s sperm in a test tube, the reconstructed embryo can then be placed back into the mom to develop normally. In all, the child physically resembles the parents but has healthy mitochondria. Since the birth of the first three parent baby, the technology has also been co-opted to help infertile and older moms conceive.

In contrast to manipulating mtDNA, the CRISPR babies had their nuclear DNA cut to inactivate a gene linked to HIV infection. This is by far a more prominent gene-tweaking method, because most inherited diseases are from mutations in nuclear DNA.

The Time Is Right

Three-parent technology, though young, seems relatively safe, said Mitalipov. Experiments with primates found no changes in the offspring’s growth, development, and reproduction, and although the US bans the technology, the first government-sanctioned human trials are underway in the UK.

However, similar to the first test-tube baby, we don’t yet know if children born this way have hidden health issues that will arise later in life, and it’s possible that the mutations could come back if amplified from rogue maternal mtDNA that tagged along during transfer.

More controversial are CRISPR-based methods. Classic CRISPR chops up targeted genes, and the cell somewhat haphazardly pastes the ends back together. This process often introduces new mutations or even large deletions in the genome with unknowable consequences.

However, argues Mitalipov, CRISPR tools have moved beyond simple snipping. Early experiments in test tubes show that it’s possible to push an egg cell to more predictably repair cuts using a health gene template. Here, scientists inject the CRISPR machinery into eggs along with a strand of DNA encoding the healthy variant. This allows the cell to rebuild the cut site into the healthy gene.

At least, that’s the theory. Although Mitalipov has shown (and ultimately debunked naysayers) that it’s possible to use drugs to push cells into repairing DNA with a template, some parts of the scientific community remain skeptical.

Another approach, called gene conversion, is even harder to achieve: rather than introducing an artificial gene template, it’s possible to coax a cell to replace one DNA sequence with another inside the cell, so that the two become identical. This process happens naturally when our cells divide to make reproductive cells, and hijacking the machinery could replace a diseased gene with a healthy one.

Then there are the relatively new CRISPR base editors, which swap one genetic letter with another and are generally more specific. Combined with other methods that increase CRISPR accuracy, it’s easy to imagine near-future therapies with increased safety and efficacy, the authors wrote.

Mitalipov is hardly starry-eyed when it comes to the future of germline editing. When the CRISPR baby story broke, his comment was “I think that’s completely insane.”

But here’s the thing: China already had regulations against germline editing when the scientist went rogue. It’s not about adding bans or moratoriums, but rather enforcing existing regulations, said Mitalipov.

One main path forward is to improve the tools to make them safer. We could perhaps test the tools on cells isolated from the parent carrying the mutation, and carefully screen embryos. More importantly, the technology should only focus on inherited diseases with no other alternatives, and scientists will have to decide how long to monitor children born this way—and even their children—before germline editing can be regularly adopted as part of IVF. Banning the technology will only force desperate parents to go to countries with laxer rules, potentially endangering the patients and children, the authors argued.

Then there’s the elephant in the room: enhancement. Several recent studies surveying over 1,600 adults show that over half are in favor of using gene editing to treat disease, but only a third condone it for enhancing abilities. The authors acknowledge the discrepancy, but don’t offer further guidelines. And make no mistake: the line between treatment and enhancement is extremely fuzzy—after all, the tools are interchangeable.

For Mitalipov, it’s ultimately about empathy and compassion. Germline gene therapy has the ability to prevent cruel diseases passed not only to one child, but to all future generations. Like any other powerful tool, such as AI, of course it can be dangerous. But is that enough reason to withhold treatment from desperate parents?

To Nizar, the mother with the inherited bone disease, the answer is an absolute no. “If editing an IVF embryo is the best option to mitigate the pain that a child would otherwise suffer, then give us the choice,” she said.