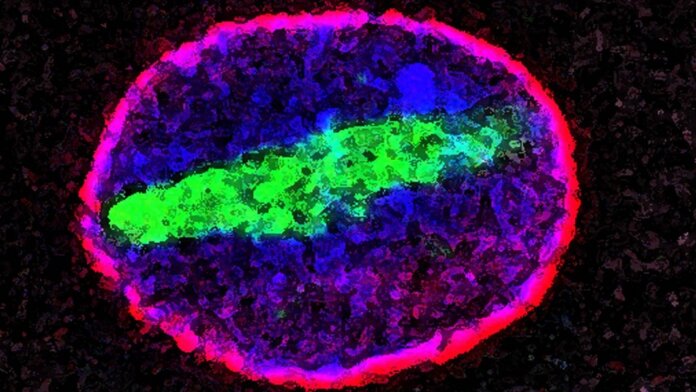 It’s that time of year again! As 2022 comes to a close, I’ve been reflecting on the biotech and life science stories from the year that are living rent-free in my head. Here are the ones at the top of the list.

Brain Implants Had a Great Run

In a first, a paralyzed man simultaneously operated two robotic arms with his mind, allowing him to feed himself for the first time in years. (And it was cake!) Implants helped a man with locked-in syndrome—with a sharp mind but paralyzed body—translate his thoughts into sentences, opening a gateway to finally communicate with his loved ones. Memory prosthetics—a blue-sky idea to boost memory with an implant—scored their first success in people. A spinal cord stimulator, based on a new algorithm that mimics the natural electrical pulses the brain uses to control lower body movement, helped completely paralyzed people stand and walk with assistance in just one day. Within a few months, they cruised city streets on Segway-like wheels, swam, and kayaked, using an off-the-shelf tablet to control their movements.

We Know Much More About Aging—Partly Thanks to Puppies

The Dog Aging Project is following 60,000 dogs as they age at home, tracking genetics, metabolism, and microbiome factors that accelerate (or derail) healthy aging. The goal is to gain insight into their aging process, which could also inform our own. In a first, a controlled human trial strengthened previous findings in flies, worms, and mice that cutting calories increases healthy lifespan (not the best news for indulging in that year-end feast).

Partial cellular reprogramming, a technology that dramatically reduces a cell’s age while still allowing it to retain its identity—as opposed to transforming into stem cells—garnered attention from Silicon Valley giants as a longevity breakthrough. “Aging clocks,” based on epigenetics, tag-teamed with AI to gauge a person’s biological age and associated health status with hopes of finding age-related diseases and nipping them in the bud.

In a mind-blowing feat, one team used CRISPR to comprehensively map nearly every gene—the genotype—to its function. In another, genetic sequencing of over 12,000 tumors built a database of DNA mutations that lead to multiple types of cancers. The brain also got the big-data treatment, with a study using nearly 125,000 scans across the lifespan to chart an atlas of changes as we age.

The size of these studies isn’t the point—rather, the databases provide unprecedented views of human biology, including multiple genetic backgrounds and ethnicities. All open-access, the resources are a wealth of information for scientists to mine for individual projects. For example, can a familiar trend of different cancers be explained by specific genetic mutations? Or can we detect factors contributing to early signs of dementia or Alzheimer’s by referencing the longevity brain atlas?

Xenotransplantation Makes It to Humans

There’s a drastic shortage of available transplant organs—so much so that there’s an ethically-fraught but regulated market for organ donation.

One solution is to commandeer organs from another species—specifically, pigs. Their organs are similar in size and functionality as ours, making them potentially valuable donors. While plagued by violent immune rejections, the blue-sky idea has increasingly gained steam in the past few years.

Back in 2017, several teams found that kidneys from pigs, genetically engineered to dampen their ability to trigger immune responses in the host, sustained a rhesus macaque monkey for more than 400 days before the organ was rejected. In 2021 and early this year, kidneys from heavily genetically-edited pigs were transplanted into brain-dead humans, maintaining function for at least 50 days.

Part of the success comes from CRISPR. Pig organs can carry a family of viruses called PERVs, or porcine endogenous retrovirus, inside their genome. While benign to pigs, they’re deadly to humans. Using CRISPR, in 2015 scientists edited over 60 porcine genes responsible for immune rejection and viral infections, allowing a transplanted pig heart to survive for over half a year inside a baboon.

Earlier this year, pig-to-human heart transplant went from moonshot to reality. With a failing heart and no chance at a human heart transplant, a patient was granted compassionate use by the FDA. The pig heart, with 10 genetic edits, was designed to limit immune responses. Two weeks after implant, all looked well; the patient survived on the pig heart, and his immune system seemingly accepted the heart.

But roughly a month later, he took a turn for the worst. Two months post-transplant, he died. The transplanted heart carried a porcine virus, a common—but treatable—infection if caught early to potentially keep the heart going.

It’s a devastating loss, especially for the volunteer David Bennett Sr.’s family. The perilous trial has bioethicists wondering where to draw the line for pig-to-human transplants. Yet Bennett’s bravery provided invaluable insight into xenotransplantation in humans—such as better ways to tackle porcine viruses and keep the host’s immune system in check. With multiple companies racing to bring xenotransplants safely to market, we could see more trials in the coming year.

Yes, I know. We’re all sick from and tired of Covid-19. But with the flu, RSV, and new Covid variants surging in a triple threat, there’s an increasing need to keep ahead as these viruses evolve. One idea is to profile antibodies triggered by a virus, say, SARS-CoV-2, which causes Covid, as a therapeutic. Yet with the Omicron variant and its subvariants rampaging across the globe, antibodies rapidly lose their efficiency.

Viral mutations—be they SARS-CoV-2, HIV, or flu viruses—occur rapidly. Creating therapies based on antibodies is basically a game of whack-a-mole. Rather than chasing the next variant, what about finding antibodies that are resilient to viral changes?

Multiple teams can now analyze—or even predict—new viral variant soups. One study tracked how the Covid-19 virus evades thousands of antibodies, pinpointing mutations that help them dodge immunity. A similar approach predicted variants based on antibodies from people earlier diagnosed with Covid-19: for example, the team realized that even people who had previously recovered from an early Omicron variant could be bulldozed by the BA.5 variant that’s now responsible for most infections.

While just half a step in front of viral mutations, the team, led by Dr. Richard Cao, is on the bleeding edge of generating data for new variants and sharing it with the world. The data could help find antibody treatments that become more resilient to viral mutations. Covid-19 is just the start; a universal flu vaccine or one for HIV—both notorious for their ability to mutate—could also benefit from the insights.

A unique type of material exploiting metasurfaces opened the door to human telepathy. Freeze-dried skin cells from mice birthed healthy pups. Hundreds of thousands of isolated neurons in a dish learned to play Pong in minutes.

In synthetic biology, an artificial womb kept mouse embryos alive for over eight days, unleashing the next chapter of artificial reproduction. A little mouse called Xiao Zhu pushed the field’s boundaries, alive and thriving while harboring an artificially fused chromosome, one number short of a mouse’s usual chromosomal count.

2022 was a great year of scientific exploration. These are just the stories that resonated with me. I’m eager to see what the new year has to offer, and share with you intriguing, profound, and utterly weird new research that goes where no one has gone before.