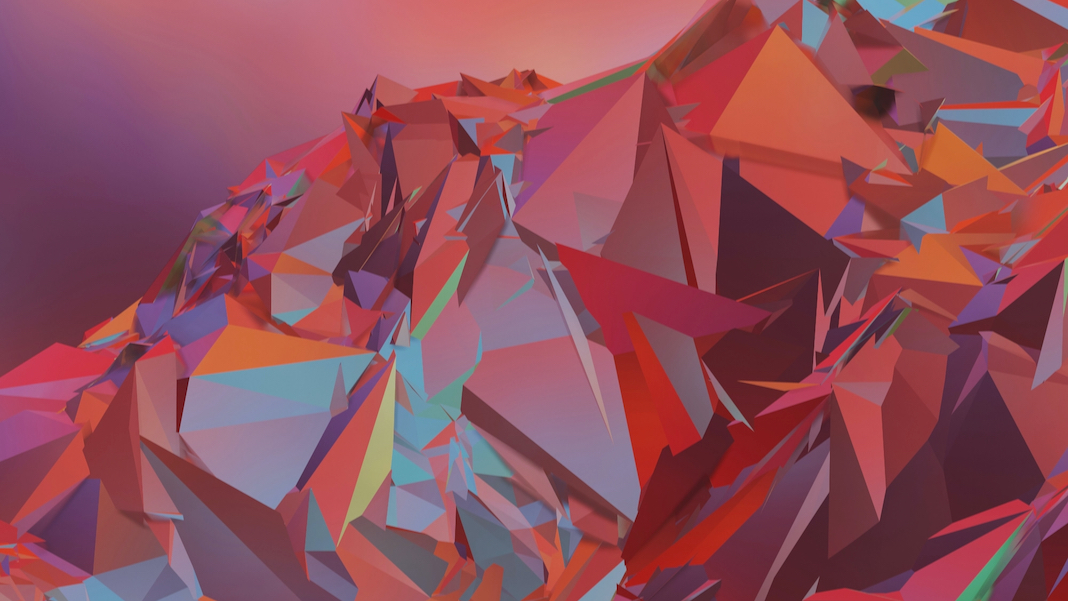 If 2020 was all about the pandemic, 2021 was supposed to be about things getting back on track. Let’s just say it was a mixed bag. Along with a slower-than-hoped rollout of vaccines, the virus has had some evolutionary tricks up its sleeve too. Even so, while the world stood still last year, fixated on Covid-19, our collective gaze widened again in 2021.

Perhaps it’s no surprise that breakthroughs in synthetic biology and gene editing were among our most widely read articles this year. In the top spots, researchers used gene editing superstar CRISPR to engineer bacteria completely impervious to viral attack and developed a promising “one-and-done” injectable gene therapy for a rare genetic disease.

Artificial intelligence continued to move ahead at a quick pace this year too. Even as headline AI research went big with sprawling deep learning algorithms, some scientists bucked the trend with diminutive AI models that learn continuously. Meanwhile, a self-driving truck hauled watermelons cross-country, Google released a 37-year 3D timelapse of the whole planet, and interest in the metaverse and NFTs hit fever pitch.

Scientists Used CRISPR to Engineer a New ‘Superbug’ That’s Invincible to All Viruses
By Shelly Fan
“In a technological tour de force, [a team at the University of Cambridge] used CRISPR to replace over 18,000 codons with synthetic amino acids that don’t exist anywhere in the natural world. The result is a bacteria that’s virtually resistant to all viral infections—because it lacks the normal protein ‘door handles’ that viruses need to infect the cell.”

Breakthrough CRISPR Gene Therapy Could Be a ‘One and Done’ Injection
By Jason Dorrier
“[In an early clinical trial at University College London] patients received a single infusion of a CRISPR-based therapy into their bloodstream. Blood carried the therapy to the liver, where it switched off [a] mutated gene and curtailed production of [an] errant protein. Though the Phase 1 trial was small, the approach had strong results relative to existing options. And it hints at the possibility other genetic diseases may be treated in a similar fashion in the future.”

A Self-Driving Truck Got a Shipment Cross-Country 10 Hours Faster Than a Human Driver
By Vanessa Bates Ramirez
“Self-driving cars are taking longer to come to market than many expected. In fact, it’s looking like they may be outpaced by pilotless planes and driverless trucks, with self-driving technology already coming in handy on long-haul trucking routes, as a recent cross-country trip showed. Last month TuSimple, a transportation company focused on self-driving technology for heavy-duty trucks, shipped a load of watermelons from Arizona to Oklahoma using an autonomous system for over 80 percent of the journey.”

Google Earth’s Amazing New Feature Is a 37-Year 3D Timelapse of the Entire Planet
By Vanessa Bates Ramirez
“Satellites are doing all kinds of amazing new things lately, from beaming high-speed internet to remote areas to capturing high-resolution images through clouds to taking 24 million images of every part of the Earth to show how it’s changed over the last 37 years. Wait, what? Yes, that’s right: 24 million images taken over 37 years, all put together for your viewing pleasure. That’s part of the update Google Earth released last week to a program called Timelapse. True to its name, the feature is essentially a timelapse video of the whole planet, compiled over the course of almost four decades and requiring some pretty impressive technology.”

Virtual Land in the Metaverse Is Selling for Millions of Dollars
By Vanessa Bates Ramirez
“The trading volume of NFTs reached $10.67 billion in the third quarter of this year, with more people apparently willing to shell out huge sums of money for art that will never actually hang on their walls or adorn their homes in any way (with the exception of artist Beeple’s newest piece, which lives in a 3D box the buyer can put wherever he chooses). Now there’s a related, equally bizarre item selling for millions of dollars online: virtual land. It’s like real land, sort of, except you’ll never set foot on it because it only exists in the metaverse.”

IBM’s New Chip Technology Shows Off the Next Big Step in Moore’s Law
By Jason Dorrier
“Increasingly, modern life depends on how skillfully we shuttle electrons through the nanoscale mazes etched on computer chips. These processors aren’t just for laptops anymore—they’re used in your car, your thermostat, your refrigerator and microwave. …So, perhaps it’s no surprise that when companies announce better, faster, more efficient computer chips, the world takes notice. [IBM], the company once synonymous with all things computing, [recently] announced that it’s demonstrated a 2-nanometer (nm) chipmaking process for the first time. In a press release, IBM said the new process would yield some 50 billion transistors on a chip the size of a fingernail.”

New ‘Liquid’ AI Learns Continuously From Its Experience of the World
By Jason Dorrier
“For all its comparisons to the human brain, AI still isn’t much like us. Maybe that’s alright. In the animal kingdom, brains come in all shapes and sizes. So, in a new machine learning approach, engineers did away with the human brain and all its beautiful complexity—turning instead to the brain of a lowly worm for inspiration. Turns out, simplicity has its benefits. The resulting neural network is efficient, transparent, and here’s the kicker: It’s a lifelong learner.”

Seismic ‘Telescope’ Reveals a Titanic, Tree-Like Plume Feeding Earth’s Volcanoes
By Jason Dorrier
“Scientists have long theorized that columns of superheated rock—piping hot plumes pushing through the mantle to the crust above—explain the Hawaiian islands and other areas like them. Where these columns touch the surface, volcanic hotspots form and the ground erupts. …The theory is old, but actually observing the mantle plumes feeding these hotspots in any detail is fairly new. ‘Theoretically, we know [plumes] have to exist,’ Harriet Lau, a  University of California, Berkeley geophysicist told Quanta Magazine. ‘But they’re just so hard to see seismically.’ Now, however, in a particularly striking example, a team of scientists have completed a map of the underworld nearly a decade in the making.”

What’s the Origin of Consciousness? Global Effort Puts Two Top Theories to the Test
By Shelly Fan
“How does consciousness work? A frenemy collaboration is duking it out. Six different teams from across the globe are uniting in a challenge to test our fundamental theories of consciousness. They don’t agree on where or how consciousness originates in the brain. But they’re willing to battle it out through a fair match. For the past two years—and the next few—the teams agreed to standardize tests to explore the limits of awareness, while generating intricate maps of brain activation during consciousness.”

Epic Games Raised $1 Billion to Fund Its Vision for Building the Metaverse
By Vanessa Bates Ramirez
“The term [metaverse] was coined in 1992 when Neal Stephenson published his hit sci-fi novel Snow Crash, in which the protagonist moves between a virtual world and the real world fighting a computer virus. In the context of Epic Games’ announcement, the metaverse will be not just a virtual world, but the virtual world—a digitized version of life where anyone can exist as an avatar or digital human and interact with others. It will be active even when people aren’t logged into it, and would link all previously-existing virtual worlds, like an internet for virtual reality.”

How Many Galaxies Are in the Universe? A New Answer From the Darkest Sky Ever Observed
By Jason Dorrier
“After buzzing by Pluto and the bizarre Kuiper Belt object, Arrokoth, NASA’s New Horizons spacecraft is at the edge of the solar system cruising toward interstellar space—and recently, it pulled a Hubble. In a [new] study…a team led by astronomers Marc Postman and Tod Lauer described what they found after training the New Horizons telescope on seven slivers of empty space to try and measure the level of ambient light in the universe.”

A Massive New Gene Editing Project Is Out to Crush Alzheimer’s
By Shelly Fan
“The project aims to ‘stimulate, accelerate, and support research that will lead to the development of improved treatments and preventions for these diseases,’ the NIH said. All resulting datasets will be openly shared online, for anyone to mine and interpret. In plain language? Let’s throw all of our new biotech superstars—with CRISPR at the forefront—into a concerted effort against Alzheimer’s, to finally gain the upper hand. It’s an ‘Avengers, assemble’ moment towards one of our toughest foes—one that seeks to destroy our own minds from within.”

Google and Harvard Unveil the Largest High-Resolution Map of the Brain Yet
By Jason Dorrier
“…teams from Google and Harvard [have] published an intricate map of every cell and connection in a cubic millimeter of the human brain. The mapped region encompasses the various layers and cell types of the cerebral cortex, a region of brain tissue associated with higher-level cognition, such as thinking, planning, and language. According to Google, it’s the largest brain map at this level of detail to date, and it’s freely available to scientists (and the rest of us) online.”

Treating the Brain Through the Stomach: Tweaking the Gut Microbiome Slowed ALS in Mice
By Shelly Fan
“Ask any neuroscientist 20 years ago if gut bug excrement could slow down an untreatable brain disease, and they’d brush off the idea without a second thought. Yet the gut-brain connection has emerged as one of the most tantalizing advances in neuroscience…The crux? For devastating disorders in which the brain or its nerve connections gradually disintegrate, maybe it’s time to look south of the neck—towards the gut.”

Surprise! Our Bodies Have Been Hiding a Trojan Horse for Gene Therapy
By Shelly Fan
“Nature hides astonishing medical breakthroughs. Take CRISPR, the transformative gene editing tool. It was inspired by a lowly bacterial immune defense system and co-opted to edit our genes to treat inherited diseases, bolster cancer treatments, or even extend lifespan. Now, Dr. Feng Zhang, one of the pioneers of CRISPR, is back with another creation that could unleash the next generation of gene therapy and RNA vaccines. Only this time, his team looked deep inside our own bodies.”