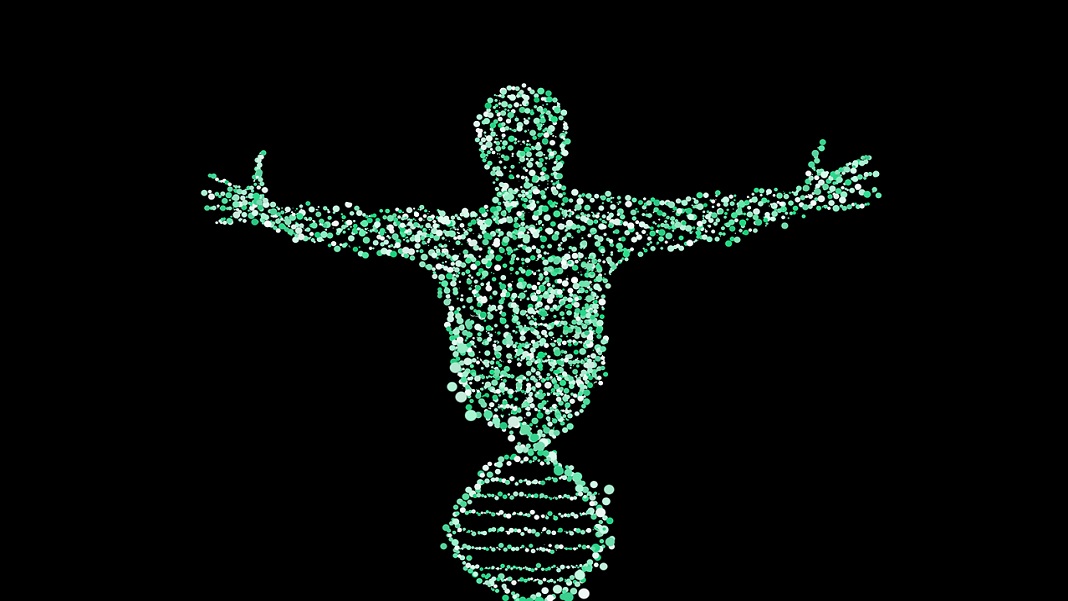 It’s that time of year again! With 2021 behind us, we’re going down memory lane to highlight biotech innovations that shaped the year—with impact that will likely reverberate for many years to come. Covid-19 dominated the news, but science didn’t stand still.

Take gene editing. CRISPR spun off variations with breathtaking speed, expanding into a hefty toolbox packed with powerhouse gene editors far more efficient, reliable, and safer than their predecessors. CRISPRoff, for example, hijacks epigenetic processes to reversibly turn genes on and off—all without actually snipping or damaging the gene itself. Prime editing, the nip-tuck of DNA editing that only snips—rather than fully cutting—DNA received an upgrade to precisely edit up to 10,000 DNA letters in a variety of cells. Twin prime editing can rework entire genes. These powered-up CRISPR tools now make it possible to tackle previously untouchable genetic disorders.

Yet we’re still only scratching the surface of gene editing. Peeking into the CRISPR family tree, scientists found a vast universe of alternative CRISPR-like systems to further explore. AI is now helping identify new CRISPR proteins—and their kill switch. Other ideas jumped ship from CRISPR altogether, tapping into another powerful bacterial system to edit millions of DNA sequences without breaking a single DNA strand. Without doubt, the gene editing toolbox will keep expanding.

In other news, quantum mechanics hooked up with neuroscience to speed up AI. AI is now designing its own hardware chips at Google in an efficient full circle. Hopping into our own brains, in a stunning proof-of-concept, AI-powered brain implants were able to fight depression, with ongoing work to treat chronic pain and translate the brain’s electrical signals from thought to text. In the medical world, a fierce debate on an Alzheimer’s treatment sparked a new round of alluring ideas to tackle and tame our long-time mind-eating foe.

There’s a ton more. But here are the top three advances that’ll keep reshaping biotech far past 2021, with some runners-up.

I know, I know. We’re all tired of hearing about Covid-19 and vaccines. Yet their remarkable ability to fight a completely novel infectious virus is “nothing short of miraculous.” It also showcased the power of the decades-old technology that previously languished in labs, with a platform that’s far faster, simpler, and more adaptable than any previous vaccine technology. Because they no longer rely on physical target proteins from a virus—rather, just the genetic code for those proteins—designing a vaccine just requires a laptop and some ingenuity. “The era of the digital vaccine is here,” wrote a team from GlaxoSmithKline.

To enthusiasts, mRNA vaccines could transform current treatments for a wealth of diseases, and the field is exploding. Moderna, for example, launched an HIV vaccine human trial in August to begin assessing its safety, tackling a virus that’s escaped classic vaccine tactics for four decades. Along with the National Institutes of Health (NIH), the company also published data on an HIV vaccine candidate that lowered the chance of infection by nearly 80 percent in monkeys, with all subjects developing antibodies against 12 tested strains of HIV. It’s no small feat—the HIV target, Env, is a formidable target due to its complexity and is coated with a sugar armor to mask vaccine target points. The mRNA vaccine offers new hope.

Viruses aside, mRNA vaccines also represent a new solution to autoimmune or neurodegenerative diseases. BioNTech, the partner of Pfizer for developing Covid-19 vaccines, is applying the technology to tackle multiple sclerosis (MS). In MS, the immune system gradually strips away the insulation on nerve fibers, causing gradual and irreversible damage. Initial results in mice are positive, with the approach “highly flexible, fast, and cost efficient,” while potentially being personalized to each patient.

Further down the pipeline are mRNA vaccines that tackle cancer or those that deal with antibiotic resistance. Whether the tech can solve some of our toughest diseases remains to be seen, but the field is on a roll.

CRISPR’s long been touted as a tool that can radically transform gene therapy. Earlier studies used the gene editing tool to bolster immune T-cells, transforming them into super soldiers that enhance their fight against blood cancers (CAR-T therapy). The tool also scored successes in battling anemia and other symptoms in patients with blood disorders. The down side was that cells needed to be gene-edited outside the body and infused back into the bloodstream. This year elevated CRISPR to the ultimate goal: directly editing genes inside the body, opening the door to curing hundreds of disorders resulting from faulty genetic code.

In a breakthrough, one trial from University College London edited a mutated gene in the liver that eventually leads to heart and nerve damage. Unlike previous attempts, here the CRISPR machinery was delivered into the bloodstream with a single infusion to switch the gene off, sharply decreasing the production of the mutant protein in six patients. Another trial snipped a dysfunctional gene that causes blindness. By directly injecting the treatment into the retina, volunteers were able to better sense light.

Both are edge cases. For the liver trial, CRISPR was delivered using lipid nanoparticles—little fatty space ships—that have an affinity for the liver, with more transient gene-editing effects. And unlike the retina, most of our body’s tissues aren’t immediately accessible to a simple injection. But as proofs of concept, the trials finally bring CRISPR into a vast world of gene-editing possibilities inside the body. Along with advances in delivery, CRISPR—and its many upgrades—is set to treat the untreatable.

An Unprecedented Look Into Human Development

The first few hours and days of a human embryo’s development are a black box—one we need to crack. Understanding early pregnancy is key to limiting birth defects and pregnancy loss, and improving assistive reproduction technologies.

The problem? Early embryos are hard to come by, and carry significant ethical and legal challenges. This year, several studies circumvented these problems, instead transforming skin cells into blastocysts, a cellular structure that resembles the very first stage of a human embryo.

Torpedoing the usual “sperm meets egg” narrative, the studies engineered the “first complete model of the human embryo” using embryonic stem cells and skin cells—no reproductive cells needed. Bathed in a nutritious liquid, the cells developed into blastocysts, containing cell types that eventually lead to all lineages to build our bodies. The artificial embryos are genetically similar to natural ones, stirring up debate on how long they should be allowed to develop. The nightmare scenario? Imagine a mini-brain growing inside an embryo made out of skin cells!

For now that’s technically impossible, but the ethical quandary has stirred up concern at the International Society for Stem Cell Research (ISSCR), which governs research related to human stem cells and embryos. Yet surprisingly, this year, they relaxed the 14-day rule for culturing embryos, giving permission to push embryo research past two weeks. With relaxed guidelines, upcoming studies could reveal what happens to a human embryo after implanting into the uterus, and gastrulation—when genetic cues lay out the body’s overall patterning and set the stage for organ development.

It’s a decision mired in controversy, but provides an unprecedented opportunity to revise IVF and, for the first time, examine the first stages of human development. It’s also bound to raise ethical quandaries: what if the embryos—natural or artificial—begin developing neurons that fire, or heart cells that pulse? As artificial blastocysts increasingly embody their biological counterparts, one thing is clear: with great power comes great responsibility.

AI predicting proteins: DeepMind and the University of Washington both engineered AI that can solve the structure of a protein based purely on its genetic code. It’s a “once in a generational advance,” a “breakthrough of the year,” and a tool that’ll change structural biology forever. Updates to the original AI can now also predict protein complexes—that is, how one protein unit interacts with another—and even their function. AI is also beginning to solve RNA structure, the messenger that bridges DNA to proteins. From synthetic biology to drug development, the impact is yet to come.

AI-designed drugs: It’s been a long time in the making, but the hype is now real. This year, Alphabet, Google’s parent company, launched a new venture called Isomorphic Labs to tackle a new world of drug development using AI. Powerful algorithms are making it increasingly easy to screen drug candidates from millions of chemicals. And the first AI-discovered drug is now going into clinical trials in a safety test for a lung disease that irreversibly degrades the organ’s function. It’s a significant milestone, and the trial may pave the road for the first AI-discovered, human-tested drug that treats diseases.

In another year of living with Covid-19, it’s clear that the pandemic can’t hold science down. I can’t wait to share the good, the weird, and (holds breath) more “breakthroughs of a generation” biotech stories in 2022.