50+ Reasons Our Favorite Emerging Technologies Had an Amazing 2019 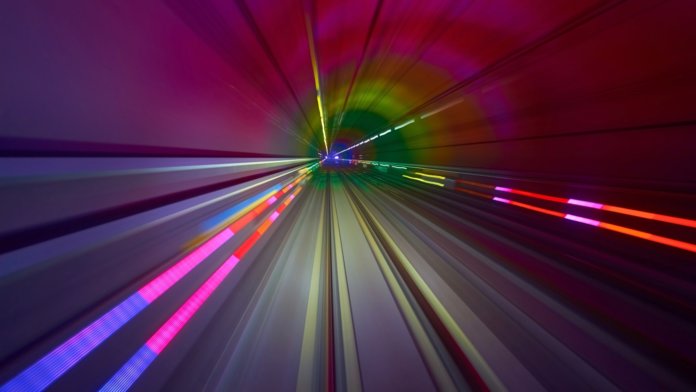 For most of history, technology was about atoms, the manipulation of physical stuff to extend humankind’s reach. But in the last five or six decades, atoms have partnered with bits, the elemental “particles” of the digital world as we know it today. As computing has advanced at the accelerating pace described by Moore’s Law, technological progress has become increasingly digitized.

SpaceX lands and reuses rockets and self-driving cars do away with drivers thanks to automation, sensors, and software. Businesses find and hire talent from anywhere in the world, and for better and worse, a notable fraction of the world learns and socializes online. From the sequencing of DNA to artificial intelligence and from 3D printing to robotics, more and more new technologies are moving at a digital pace and quickly emerging to reshape the world around us.

In 2019, stories charting the advances of some of these digital technologies consistently made headlines. Below is, what is at best, an incomplete list of some of the big stories that caught our eye this year. With so much happening, it’s likely we’ve missed some notable headlines and advances—as well as some of your personal favorites. In either instance, share your thoughts and candidates for the biggest stories and breakthroughs on Facebook and Twitter.

With that said, let’s dive straight into the year.

No technology garnered as much attention as AI in 2019. With good reason. Intelligent computer systems are transitioning from research labs to everyday life. Healthcare, weather forecasting, business process automation, traffic congestion—you name it, and machine learning algorithms are likely beginning to work on it. Yet, AI has also been hyped up and overmarketed, and the latest round of AI technology, deep learning, is likely only one piece of the AI puzzle.

Processors and chips kickstarted the digital boom and are still the bedrock of continued growth. While progress in traditional silicon-based chips continues, it’s slowing and getting more expensive. Some say we’re reaching the end of Moore’s Law. While that may be the case for traditional chips, specialized chips and entirely new kinds of computing are waiting in the wings.

Increasing interconnectedness has, in many ways, defined the 21st century so far. Your phone is no longer just a phone. It’s access to the world’s population and accumulated knowledge—and it fits in your pocket. Pretty neat. This is all thanks to networks, which had some notable advances in 2019.

Forget Pokemon Go (unless you want to add me as a friend in the game—in which case don’t forget Pokemon Go). 2019 saw AR and VR advance, even as Magic Leap, the most hyped of the lot, struggled to live up to outsized expectations and sell headsets.

The digitization of biology is happening at an incredible rate. With wild new research coming to light every year and just about every tech giant pouring money into new solutions and startups, we’re likely to see amazing advances in 2020 added to those we saw in 2019.

3D printing has quietly been growing both market size and the objects the printers are capable of producing. While both are impressive, perhaps the biggest story of 2019 is their increased speed.

Living in Japan, I get to see Pepper, Aibo, and other robots on pretty much a daily basis. The novelty of that experience is spreading to other countries, and robots are becoming a more visible addition to both our professional and private lives.

Self-driving cars did not—if you will forgive the play on words—stay quite on track during 2019. The fallout from Uber’s 2018 fatal crash marred part of the year, while some big players ratcheted back expectations on a quick shift to the driverless future. Still, self-driving cars, trucks, and other autonomous systems did make progress this year.

Bitcoin continues to be the cryptocurrency equivalent of a rollercoaster, but the underlying blockchain technology is progressing more steadily. Together, they may turn parts of our financial systems cashless and digital—though how and when remains a slightly open question.

While not every government on the planet seems to be a fan of renewable energy, it keeps on outperforming fossil fuel after fossil fuel in places well suited to it—even without support from some of said governments.